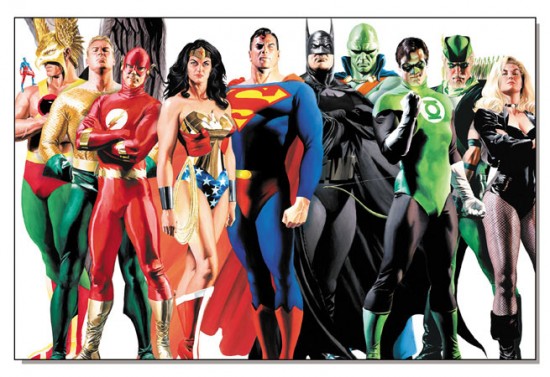 Now that the Harry Potter franchise is finally kicking the bucket (in 2011 with Harry Potter and the Deathly Hallows: Part II), Warner Brothers is looking for another cash cow of beloved characters to drive its infernal engine, and it didn’t have to look far.

As we ease out of Harry Potter, we hope to bring you the excitement of the DC [Comics] Library!

This would imply that DC character based movies will be released yearly, like the Harry Potter films, and, according to another Showest announcement, will be in 3-D.

Internet speculation, of course, is already all over the possibilities.  After all, the only DC superhero projects known to be in some stage of production at this time are Green Lantern, Batman 3, The Flash and a new Superman reboot.  So we’re good until… 2014.

After that?  Well, there’s always sequels (even if Christopher Nolan wants to end his story with Batman 3).  What else?  Well, there’s Lobo.  And I’d love to see a sequel to Constantine.  No, really!  And what about that Captain Marvel movie with The Rock as Black Adam that I heard about once?  What happened to that?  Come on, people!