One might even say that the scientists hadn't... seen it before. Get it? GET IT? I'll let myself out. 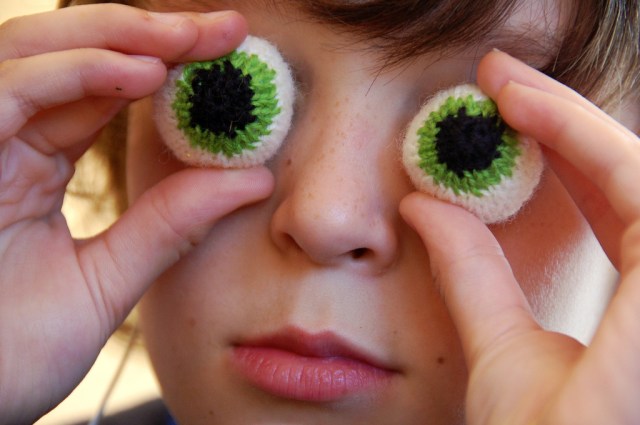 If you ever took anatomy in high school or college, then you know that there is literally a separate name for every single square centimeter of the human body. Like me, you might not actually remember any of those names, but occasionally you probably look down at your foot and think, “oh my god there are a spillion different bones in there, how does anyone know what they’re all called?” So it might come as a shock to you that even with all the different classifications and categorizations, there are still parts of the body that are considered uncharted territory, such as the extra layer of cornea in the human eye that scientists from the University of Nottingham recently discovered.

This previously undetected layer of the human cornea, which has now been dubbed “Dua’s Layer” after Professor Harminder Dua (hey, that’s a great reason not to flunk anatomy — if you become a scientist, you might get to name a body part after yourself that everyone else will have to memorize) is only 15 microns thick, but able to withstand one and a half to two bars of pressure, making it incredibly strong. Is is located at the back of the cornea between the corneal stroma and Descemet’s membrane, which sound familiar, but bear in mind that I may or may not have flunked anatomy myself.

Dua and his team of researchers discovered this layer by performing fake corneal transplants on eyes that had been donated for research purposes to eye banks in the area. They injected tiny bubbles of air into the cornea in separate the layers during surgery, then subjected these layers to electron microscopy in order to study them close up. Wait, go back. Eye banks. There are blood banks, but for eyeballs. Is that going to keep anyone else up at night? No, just me? Okay, moving on.

All grossness aside, this discovery isn’t just a clinical “look we found another thing to name” exercise. The cornea is the clear protective lens at the front of the eye through which all light is filtered, making it extremely important to sight and eye health. “From a clinical perspective, there are many diseases that affect the back of the cornea which clinicians across the world are already beginning to relate to the presence, absence or tear in this layer,” Dua says in the official press release.