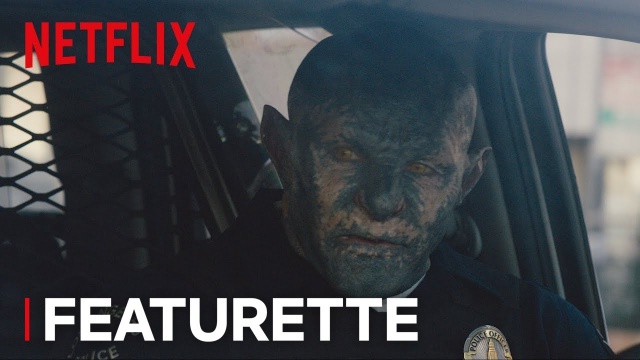 In a new featurette for David Ayer’s upcoming Netflix venture, Bright, it goes deeper into the plot of the movie about modern-day L.A., with a slightly Lord of the Rings style makeup. There are orcs and elves and other fae folk in the world intermixed with humans. You know what that means: supernatural race metaphors! It reunites Will Smith and Joel Edgerton (from Suicide Squad) as Officers Ward (Smith), a human and Jakoby (Edgerton), an orc, in a buddy cop-like situation as Jakoby is the first orc to become a police officer in the L.A.P.D.

As usually everything is going normal until a magic wand comes into play and just screws everything up. Typical.

Everything in the featurette honestly looks really damn cool and since this film is taking place in L.A., I hope that it will explore real-world racism (as it clearly indicates it will) with both the supernatural creatures and humans. One of the biggest misfires of telling these kinds of minority storylines with non-human creatures is that if there are human brown characters in the narrative, they tend to be the bad guy (True Blood and Defiance). So let’s hope that Ayer and his team manage to pull that off because I tell you what, the thought the police having a magic wand to shape reality to their will…that’s a terrifying thought for humans and orcs.