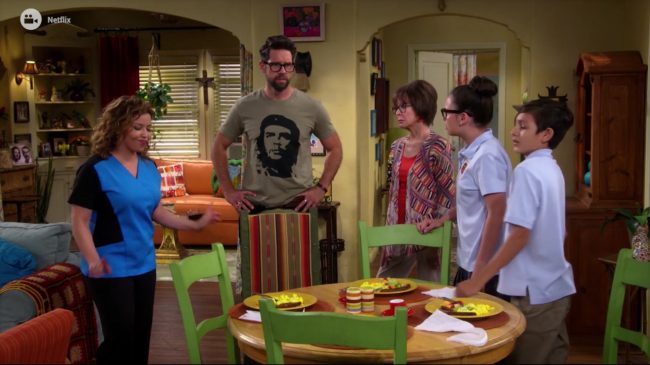 When former Cuban dictator Fidel Castro passed away last year, there were the people in my social media feeds who were lamenting the death of a revolutionary who didn’t “cave” to the U.S. (or were alternately making sure we understood that the situation here is “complicated”), and there were the people who were dancing in the streets, posting happy statuses with giddy abandon, and alluding to “Ding, Dong, the Witch is Dead” from The Wizard of Oz. Guess which camp was made up of mostly, if not entirely, non-Latinx?

If you guessed the camp lamenting the loss of a revolutionary, you’d be right! Because while it’s true that every story is complicated and one might agree with certain ideals in theory, there are very real people that actually had to live under his rule in practice, and those people were miserable. “Revolution” doesn’t mean much when any opposition is met with death and the people purportedly being “helped” struggle to survive as corruption keeps an “anti-capitalist” regime well-off.

Ernesto “Che” Guevara is another such polarizing figure, a man who may have started out with the best intentions, but who eventually became so hardened that in order to “protect” his revolution, he became so many of the things he hated, and millions suffered for it.

Who would’ve thought that the attitudes of a region about such a complex and polarizing figure could be effectively examined in a Netflix comedy?

I used to watch re-runs of the original One Day at a Time when I was a kid. The Norman Lear-created 1970s-early 80s sitcom told the story of a single, divorced mother and her two teen daughters (and their building superintendent, Schneider) making their way in the city and taking their sometimes difficult lives, you know, one day at a time. It was a cool show, and one of the rare shows of that time that focused on a female story.

Now, Netflix has given the show the reboot treatment, but unlike other reboots and remakes that pander to nostalgia (I’m lookin’ at you, Fuller House), the new One Day At a Time takes the formula (and the apartment layout) of the original show, but gives everything else a thorough update.

The central family is now Cuban, led by single mom — and Army veteran who served in Afghanistan! — Penelope (played by the wonderful Justina Machado, who excels at comedy and also brings the drama to brilliant effect), and the Latinx influence pulses throughout the show from the revamped son Cubano take on the original theme song (sung by Gloria Estefan!) to the way the family drinks their espresso in the morning poured out of a cafetera like this.

The children are now a girl and a boy, and while they each navigate their relationship to their Cuban heritage in their own ways, both are also thoroughly products of modern America. The girl is a hardcore feminist whose every decision, from what sneakers she likes, to whether she’s going to have a quinceañera, is political. Her younger brother is tech-savvy, and very much a snotty 12-year-old boy, but also skeptical enough of gender roles that he’s willing to wear his sister’s sparkly old “multicultural princesses” sneakers when his mother asks him to send the expensive one he orders back. The family is also joined by Penelope’s mother Lydia, played by Hollywood icon Rita Moreno, who has the show’s only accent, and who brings a more traditional perspective while also thoroughly embracing her own sexuality and not being reduced to a stereotype.

The family’s Cuban identity isn’t only nodded to with superficial touches, though. It comes through in scenes like this, one that that has to do with the aforementioned Che Guevara. In the scene, Schneider (“the only non-Latino [Penelope] trusts to fix anything. Is that racist?”) enters the apartment wearing a Che t-shirt:

It’s awesome to watch such time and care given to something so specifically Cuban. And the joke about Taylor Swift and Kanye totally landed hard for me.

With a Latina showrunner (Gloria Calderon-Kellett co-Executive Produces with Mike Royce) and a mostly-Latinx, female-led cast, the show brings amazing nuance to its characters, not only through their Cuban identity, but through universal issues of gender and class as well. That, and legendary TV producer Norman Lear already had something pretty groundbreaking to start with.

If you haven’t yet checked out One Day at a Time on Netflix, make that your next binge! It’ll make you laugh, cry, and think. And if you’re Latinx, it’ll make you feel seen and heard.

(via Vulture, image via screencap)