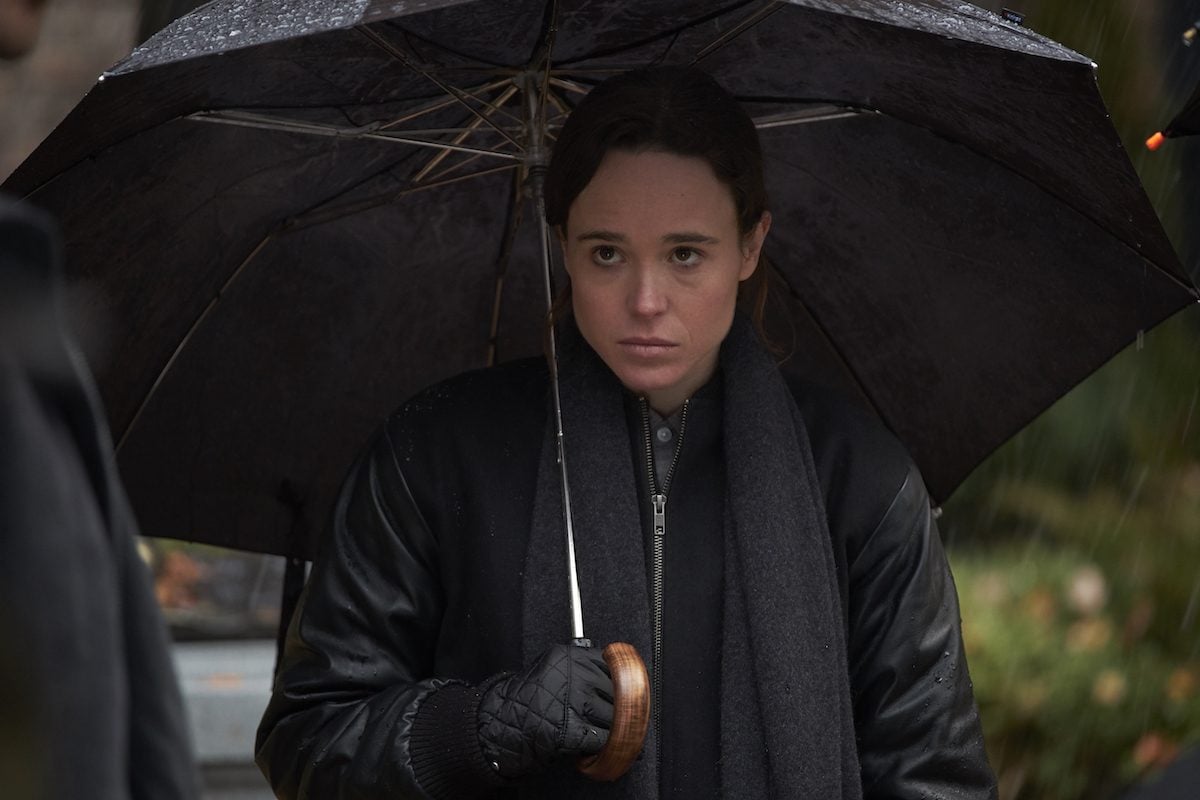 The women in Netflix’s The Umbrella Academy are angry, and they have every right to be. From the jump, the series seeks to center female rage and the violence that often comes from it. Although showrunner Steve Blackman does an excellent job of that in his adaptation of the comics created by Gerard Way and Gabriel Bá, the series also falls prey to damaging tropes that ultimately do more harm than good.

The Umbrella Academy opens with 42 women spontaneously and simultaneously giving birth, all around the world, though none of them showed any signs of pregnancy prior to that moment. Then, we see Sir Reginald Hargreeves, a.k.a. The Monocle (Colm Feore), adopt seven of those children, discover that they have superpowers, and train them to save the world—well, six of them, at least.

The seventh, Vanya (Ellen Page), he tricks into believing she is utterly normal, because her power and her rage are equally uncontrollable and, therefore, too dangerous.

From the moment he adopts these children, they are subject to all kinds of abuse, from forced exposure to literal ghosts, to isolation when they act out, to lies planted in their heads by one of their own “siblings.” Although each of these kids is horribly mistreated, it must be noted that the two girls—Vanya and Allison (Emmy Raver-Lampman)—are singled out for their exceptional gifts and also expected to bear the weight of emotionally stabilizing their brothers.

As you can imagine, this doesn’t lead anywhere good, for either of them. Vanya’s relationships with all of her siblings are fraught, due to her decision to write a memoir about their lives, but her sisterhood with Allison has added layers of trauma.

Some of these, Vanya isn’t even aware of—and when she’s told that Allison altered her conscience at the behest of their adopted father, it pushes Vanya past the point of no return. Her anger toward her family is built over the course of The Umbrella Academy’s first season, culminating in her using her newly-discovered powers to bring on the apocalypse.

Early on, when Vanya develops a romantic interest in a character who lies to her to gain access to her powers, her family, and their legacy, Allison attempts to warn her. “Some men are serious shits,” she says, and Vanya sadly replies, “But I like this one.”

It’s a moment that many audience members who aren’t cisgender men, in particular, can relate to: the moment when a friend or a sibling or even a coworker tells you that the man you’re seeing isn’t who he says he is, isn’t treating you right, isn’t good. Your knee-jerk reaction is to argue with them, to insist that they’re wrong, and then, when the warning turns out to be accurate, it breaks you open.

It’s easy to empathize with Vanya, whose brothers treat her like an outcast and whose sister tries to make amends in adulthood, though the betrayal forced upon them by their father is too great to overcome. When her boyfriend also turns out to be a manipulative scumbag, there’s righteous indignation on her behalf; when she kills him, there’s relief. Her abusers are dead. 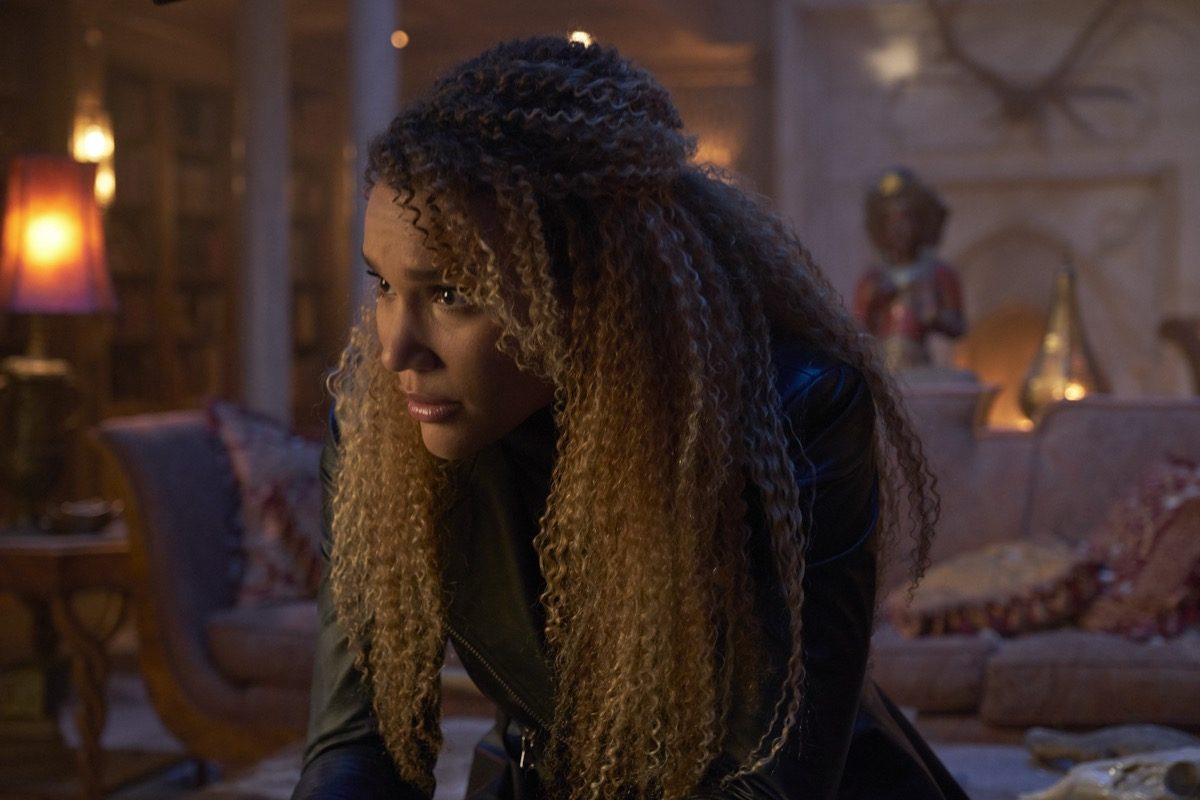 Emmy Raver-Lampman as Allison in Netflix’s The Umbrella Academy.

Simultaneously, in a scene lifted straight from the comics, Vanya slices Allison’s throat to stop her from speaking, preventing Allison from invoking her incredible power. Her alter ego is The Rumor; she can make people believe or do anything: “I heard a rumor you shot your friend in the foot.” Bang. One robber shoots another.

This is also how Hargreeves convinces Vanya she’s normal: He employs Allison to tell her sister that she heard a rumor. It works, a little too well. Vanya grows up taking anti-anxiety medication twice a day, not knowing that her meds are suppressing her powers, which are directly tied to her emotions.

When she learns the truth, from Allison herself, it alters their already-damaged relationship forever, and Vanya nearly kills Allison in her rage. This violence is harder to swallow, not just because Allison is Vanya’s sister, but because Allison is a woman of color.

Blackman and the casting associates for Netflix’s The Umbrella Academy did something the comics didn’t: introduced a diverse cast to play these characters, including three women of color. On the surface, that’s great, but as the first season progresses, it becomes increasingly apparent that these women are considered disposable.

Allison survives Vanya’s attack, albeit with severely damaged vocal cords, making it impossible for her to speak. Again, this plot is lifted straight from the comics, but here, Vanya is played by a white woman, while Allison is not.

Meanwhile, Diego’s (David Castañeda) ex-girlfriend, the intrepid Detective Patch (Ashley Madekwe), is murdered in cold blood by Cha-Cha (Mary J. Blige) for no other reason than to give Diego a purpose in hunting down Cha-Cha and Hazel (Cameron Britton). Shoving women in the refrigerator is an old, exhausted trope; reimagining a character from the comics as a woman of color only to fridge her is even more damaging. 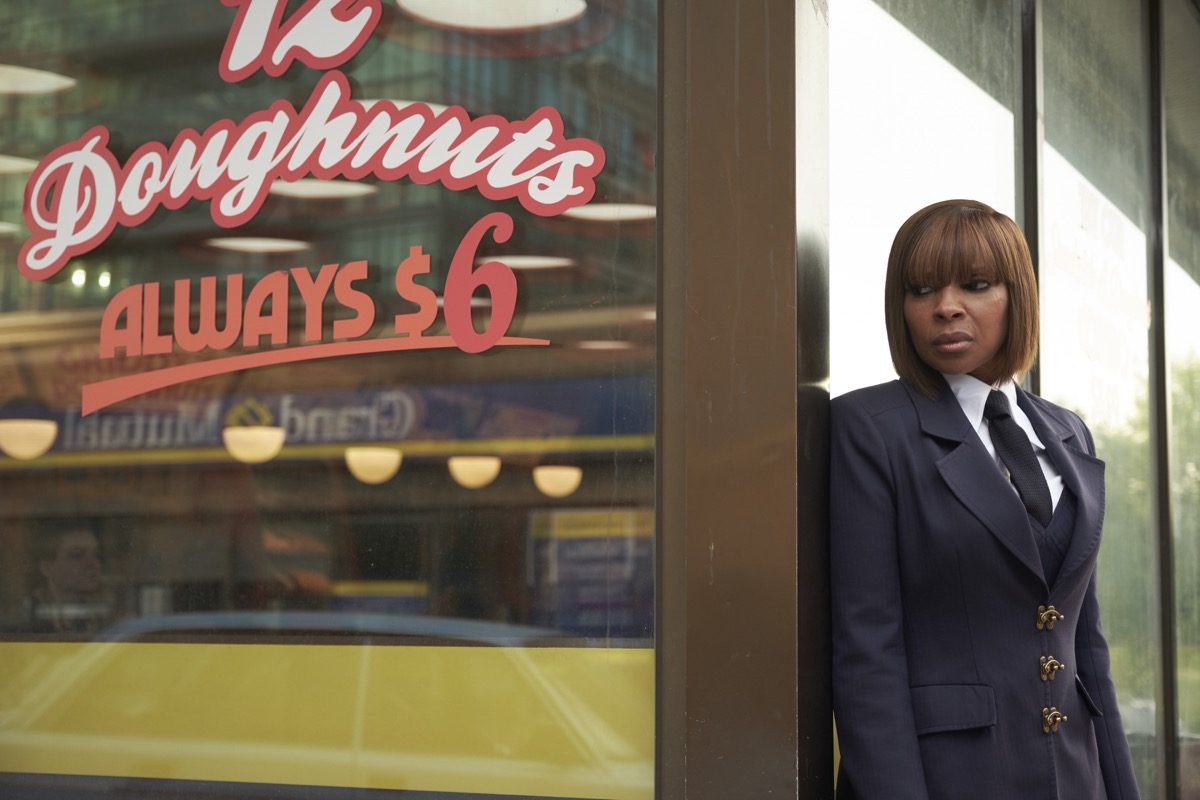 Mary J. Blige as Cha-Cha in Netflix’s The Umbrella Academy.

When Diego discovers Patch’s murder, David Grey’s “This Year’s Love” plays over the sound of sirens in the distance; his pain is centered, after several episodes where the two of them go back and forth on the boundaries of their relationship and whether he has any right to involve himself in her professional investigations.

Diego’s treatment of Patch leaves a bad taste in the mouth as-is, but when he’s filled with righteous fury following her death, only to realize that killing the woman who murdered her won’t honor her memory, it’s even more tiresome. Women are not plot devices. It’s time writers stopped treating us as such.

Unfortunately, Patch isn’t the only one. Cha-Cha dies in the apocalypse brought on by Vanya, while her partner, Hazel, time travels into the sunset with his new girlfriend. Cha-Cha’s arc is complex, as she navigates being a super-assassin whose longtime partner has apparently decided to give up their gig, but to see her die a fiery death while he gets to live—after killing another villainous woman—certainly leaves a lot to be desired.

Ultimately, The Umbrella Academy introduces several women whose power and rage are allowed to exist simultaneously, which is incredible, but as the season progresses and these women are picked off or pitted against each other, the series fails to examine damaging tropes that plague stories about female rage and instead gives in to them.

As a longtime fan of the comics and a huge fan of the Netflix adaptation, this is one negative element of the show that cannot be ignored.