First Aquaman and now this? 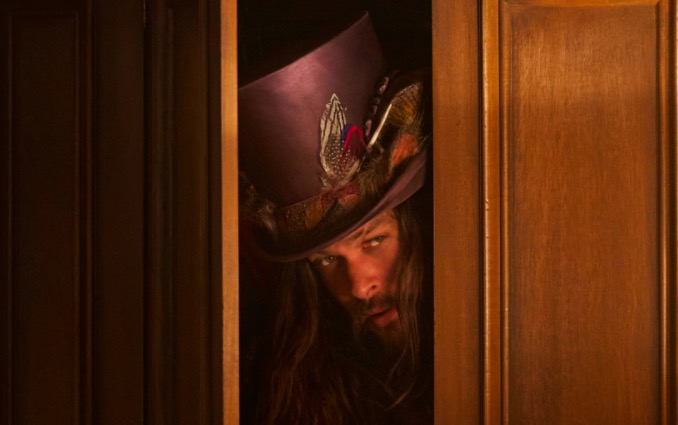 Netflix released its first look at Jason Momoa in his upcoming film Slumberland, and we are here for it! The fantasy film is based on Windsor McKay’s classic comic, Little Nemo in Slumberland. The comic ran in the New York Herald from 1905 to 1911 and has had a long history of revivals and returns. This time around, it’s with Aquaman‘s Jason Momoa.

Slumberland tells the story of Nema, who acts as a gender-swapped version of the OG protagonist from the comics. To save/find her missing father, she enters the dream world of Slumberland. This magical world is where Momoa’s character Flip comes into play. He’s a shaggy, 9-foot-tall man with a top hat and horns who guides Nema through Slumberland.

This version of Flip is vastly different from previous iterations of the character. Most notably, in the weekly strip, he was a green clown with a penchant for chewing on cigars who wore a hat that said, “Wake up.” He eventually became companions with the lead Nemo and they went on adventures in Slumberland together.

Nema, the gender-swapped version of Nemo, is set to be played by Marlow Barkley, best known for her role as Sophie in Single Parents. Momoa and Barkley are joined by Kyle Chandler, Chris O’Dowd, India de Beaufort, and more. It’s directed by Francis Lawrence, best known for his work on The Hunger Games, I Am Legend, and Constantine.

No, you’re not dreaming—that’s Jason Momoa with a full set of horns.

Here’s a sneak peek behind the scenes at SLUMBERLAND, a new adventure story about an eccentric outlaw (Momoa) who guides a young hero (Marlow Barkley) through a secret dreamworld.

Coming to Netflix in 2022. pic.twitter.com/QZIaQbk7HM