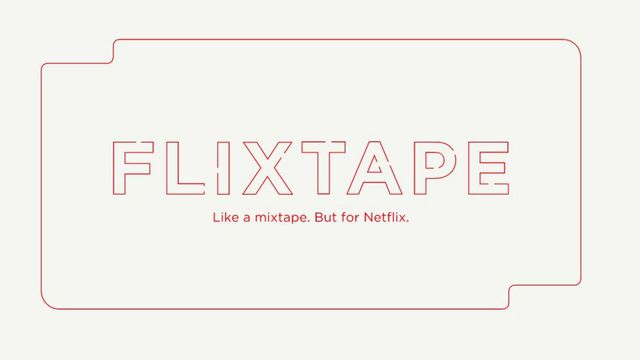 If you’ve ever wished you could go back to the mixtape days of yore without actually having to deal with tapes, or if you have friends you’ve been trying to talk into watching some of your favorite shows and movies, Netflix has just launched a new feature that helps you do that. It’s called Flixtape, and Netflix shared a link to it yesterday:

Through Flixtape, you can create your own binge-watching playlists consisting of your favorite TV episodes and movies–and you can label them anything you want. When you log in using your Netflix account, you can both view your own playlists as well as the ones others have created and shared with you.

If you’re not sure where to start when building your own playlist, you can also ask Netflix to “inspire you” and it will randomly generate a playlist name along with a list of suggestions–kind of building on its popular recommendations. (Two of the suggestions Flixtape generated for me were “All About Aziz”–no doubt Aziz Ansari–and “Award Season”.) As of right now, you can include up to six titles on your Flixtape, which can consist of movies, TV specials or TV shows in their entirety (no individual episodes yet).

I love the concept, if only because I have a hard enough time deciding on what to watch next and would love my friends to curate some Netflix playlists especially for me based on what they think I might enjoy.