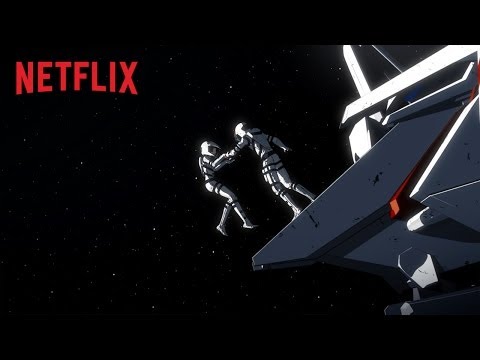 Netflix announced today that they’re releasing a new original anime series on July 4. Knights of Sidonia is 12 episodes of space drama that takes place in a dystopian future. Seems pretty basic until you read Netflix’s description of the show (after the jump):

The first Netflix original anime series, Knights of Sidonia, based on the popular manga series of the same name, follows Nagate, a low-born youth in a society of genetically engineered refugees who escaped the destruction of Earth one thousand years earlier and now occupy the massive ship Sidonia. When Nagate’s talent as a pilot is revealed he becomes one of Sidonia’s elite defenders against the Guana, shapeshifting aliens bent on eliminating humans from existence.

Polygon Pictures produced the show based on the manga, which currently has released 12 volumes. These are the same people who produced Star Wars: The Clone Wars, Tron: Uprising, and a bunch of other popular animated titles. Kobun Shizuno is the director—he’s also director of GI Joe Sigma Six and many other titles. The first season of the show has already aired in Japan with the final episode airing today, and a second season is already reportedly in development.

Netflix released a trailer of the show (complete with English subs if desired) on Youtube.

Sounds a bit like Pacific Rim meets Gundam Wing with a side helping of the atmosphere from the comic Aphrodite IX. I’m in!