Netflix Apparently Did Something Right With House of Cards 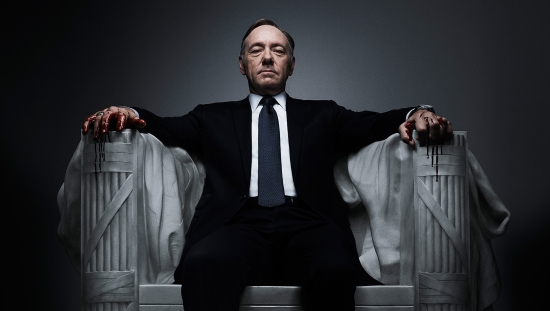 Netflix went out on a limb with original programming when they decided to bring House of Cards to the table. It might seem obvious now to some, but there was a time not that long ago when original programming  for purely digital outlets seemed out of place to many. Netflix reportedly hasn’t given exact numbers, but they have said that it’s their most-watched show. According to research from Cowen and Company, a financial services firm, it looks like Netflix’s original content offering might be doing rather well for itself.

According to TechCrunch, which apparently has access to Cowen and Company’s research, House of Cards has already been viewed by a large number of folks with access to Netflix. Cowen surveyed 1,200 people this past week, and they found that  around 28% were Netflix subscribers, and 18% had access to a Netflix account that could watch House of Cards. Of this combined number,  around 10% had watched House of Cards.

Assuming I know how to do math, that comes out to around 552 folks with access to a Netflix streaming account and 55 people that had seen the show. That’d mean about 4.5% of the 1,200 people surveyed had seen House of Cards. Even though this number seems small, those that did view the show had watched an average of six episodes.

Those that had seen it also had high opinions of the show. 80% considered the show exceptional or good, and 90% were a fan of its release schedule. Rather than trickling out episodes over time, Netflix dropped the entire first season all at once. 86% of those that had seen House of Cards actually said less likely to cancel after seeing it. That’s a pretty positive experience, I’d say.

This doesn’t mean the show’s been financially viable for Netflix, and we won’t know that until they basically say it has been, but it does mean that the strategy is certainly beneficial. Expect more and more original content to spew forth whenever they can get their grubby hands on it, because it seems to be working.