Netflix Is in Early Talks for Even More Gilmore Girls Episodes 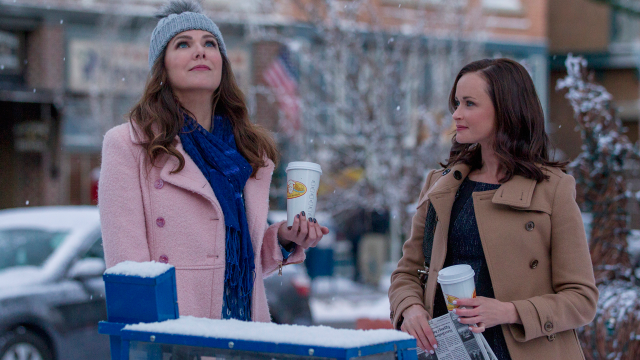 No, you’re not reading a headline from a few years ago, when Gilmore Girls: A Year in the Life was still just a dream to fans of the show. The ending that made it into the revival years after the original series aired was always intended to be a cliffhanger, but now it looks like we may actually get to find out what happens after those final four words are spoken.

At least, that’s how Netflix’s Ted Sarandos tells it in comments he made over the weekend, saying that the savior of TV shows past is, indeed, in “very preliminary” talks with Gilmore Girls creator Amy Sherman-Palladino, on the subject of making more episodes. We still don’t know if the Gilmore Girls Twitter account really knew that something was up when they previously taunted fans with what was taken as a hint at future episodes, but The Truth Is Out There.

In such early talks, it’s more than possible that those directly involved don’t have any better of an idea than we do, right now, of whether or not more Gilmore Girls will actually come together, with everyone now moved on to different projects. However, Sarandos mentioned that fan enthusiasm was encouraging to Netflix, and though the company’s reluctance to release viewer numbers makes it difficult to know for sure, it certainly seems like the response to the revival was enough to warrant putting some effort into getting everyone back together again.