Fans Think Netflix Is Taunting About More Gilmore Girls, but … Do We Really Want That?

Spoilers for Gilmore Girls: A Year in the Life below.

It feels rather strange that the Gilmore Girls revival we were all so looking forward to has now come and gone, and we all finally know the ending that Amy Sherman-Palladino originally had in mind for the series before the final season went on without her. Everyone’s got a lot of conflicting opinions about how it all turned out—probably because A Year in the Life itself was a bit of an uneven experience—but the cliffhanger ending raised a very real question: Will there be more?

By now, you probably know that I’m referring to the last four words, with which Rory tells Lorelai that she’s pregnant—otherwise, I hope you already stopped reading. Whether or not we’re all personally ready to let Gilmore Girls go, Netflix certainly isn’t just yet, as they continue to ride the show’s popularity to success. But … then there’s this tweet:

Where’s an eighth grade science fair when you need one? #GilmoreGirls pic.twitter.com/6qYnjbn32q

Sure, it’s just a good joke referencing the ending and the way Luke found out he was April’s father, and it’s finally been long enough since the revival went live for Netflix to feel comfortable with spoilers, apparently, but is there more to it? While there are, officially, no plans for additional episodes, Sherman-Palladino has never closed the door on the prospect, telling TVLine that she didn’t think even this revival would ever happen:

“I don’t rule anything in my life out. When people were talking about a Gilmore movie [after the original series ended] I was always like, ‘That’s not going to happen.’ But I wasn’t going to say no. Because… why say no to anything?”

Still, fans who are taking this joke as confirmation that more is on the way may be setting themselves up for disappointment, as she’s also never thought about what happens next in the Gilmore world—this was meant to be the end, in all its cliffhanger glory. Then, there’s the other question: Do we really want more episodes, or was it enough to finally give such a beloved show its intended ending? (Let alone mixed feelings about whether or not this ending was really “better” outside of season 7’s writing issues, or whether Stars Hollow really made sense to us anymore in 2016.)

Would we really rather that the decision to make more episodes come down to a business decision by Netflix—based on the likely massive viewership of A Year in the Life—rather than a creative drive, since Sherman-Palladino says she’s never thought about where the plot would go after this ending? Do we want to, once again, see Gilmore Girls‘ original creative vision get tossed aside due to outside forces, after we waited so long to have it completed as planned? I don’t think I do. 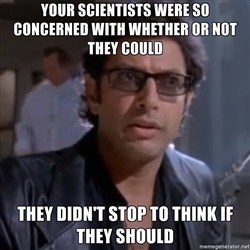