The Netflix 'Friends' Deal Is Endlessly Frustrating | The Mary Sue

Why isn't Netflix there for other shows like it is for Friends? 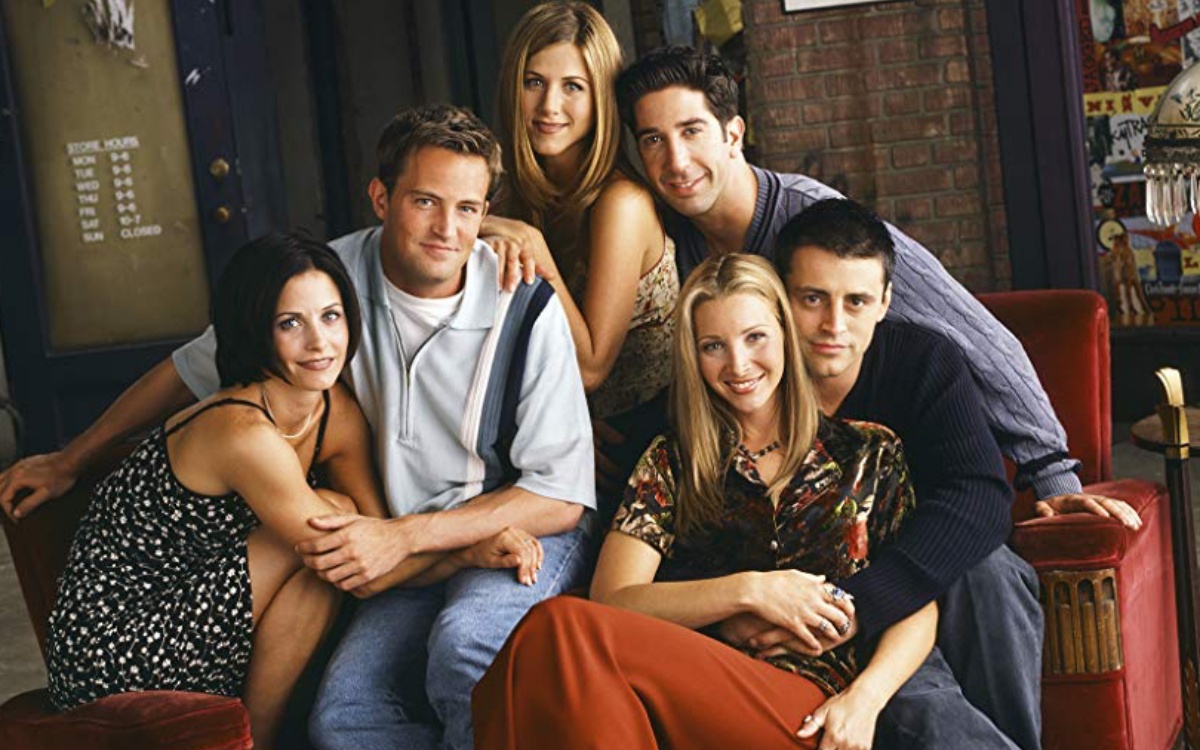 Friends has been a cultural icon, love it or deeply hate it, since it aired, and we were forced to accept this clearly L.A. version of New York City as our own. Despite how popular the show has been, it seems ridiculous that Netflix is reportedly is going to pay 100 million dollars to AT&T for the right to stream Friends until 2020.

As the Wall Street Journal’s Joe Flint reported, AT&T’s WarnerMedia, which owns Friends, has extended a deal that gives Netflix exclusive streaming rights to all 10 seasons of the show through 2019, and WarnerMedia is likely to want access to the show for its own streaming service, which is supposed to launch sometime next year. As the New York Times’ Edmund Lee reported, “Netflix is paying $100 million (give or take) to stream the show next year.”

Full disclosure: I strongly dislike Friends—but not for the reasons you might think. While it may seem that those reasons would be that it’s really white and oozing with the homophobia of its era … I just find it mostly unfunny. Also, I find that, despite all the backlash Sex and the City and Carrie Bradshaw get for being dated, the reality of that pales deeply in comparison to the consistent whiteness and heterosexuality of Friends. It may be popular, but the value of the series beyond comfort food is minimal.

Still, there’s a place for comfort food, and I can recognize the draw of being able to have access to a show that you love and enjoy on a streaming channel like Netflix. After all, Deadline reported recently that “The number of people who reported watching four or more episodes at a time of Friends rose 3% during the week of Dec. 3, as compared to the prior week’s viewing.” The audience is there, but so are multiple options of where to watch Friends.

Friends is a syndicated show that you can watch on TBS and other networks, clips of episodes are on YouTube, and you can even purchase the complete series on DVD for less than $60. If you need a Blu-ray copy, that’s a pricey $108, but at least it comes in fancy packaging.

This is all to say that Friends is accessible. It was successful in its time and was given the space and time to thrive when it was on NBC. That’s an opportunity that multiple shows have not been afforded.

That being said, I do get that it has a sense of humor that people like and represents a huge pocket of nostalgia for people. Personally, I prefer Fraiser, which is just as white, but it connected with me, so I understand where Friends fans are coming from. It frustrates me that Netflix is game to pay this much money for Friends, a show that people can already watch syndicated, while axing important shows like Sense8, which actually have really good diversity and inclusion.

When the WGN show Underground was canceled and shopping around for a new home, and was passed over by Netflix, the biggest issue was that it was an expensive period drama with a reported price tag around $4.5 million an episode.

Vox, in breaking down the Netflix financial situation, touched on the fact that the service has “invested at least $8 billion in programming this year, certainly has the money to compete, but making TV and movies is an expensive proposition, and it sure helps when you’ve got access to back catalogs full of stuff that people already know they love.”

Because of all the money they are apt to lose when Disney finishes yanking all of their films from Netflix, I can understand why the powers that be want to milk every bit they can from a show like Friends, but Netflix is not even going to get exclusive streaming rights. You can still watch it on cable and on the upcoming Warner Bros. app, and this deal only goes on to 2020.

Plus, when the rights for NBC’s The Office come up, NBC will be looking to get a similar price tag on their product, which ranks among the most streamed shows on Netflix.

When Forbes released a list of the top 20 most streamed shows, the only one not by Netflix was The Handmaid’s Tale. Netflix’s original content and imported shows are among its bread and butter because they are exclusive and you can only get them there. I never consider getting rid of my Netflix subscription not because of older content, but because of newer material.

I’m excited that Hulu has shows like Living Single and King of the Hill on the roster for me to watch, but I have Hulu for Harlots, Runaways, and its really good documentaries.

Original content is important. As powerful as nostalgia is, there is no need to protect and elevate a show that is already accessible to most people, especially when other really popular shows from the ’90s like Martin and The Nanny are still not available on major streaming services. Friends doesn’t need this, and I really don’t think Netflix does either, but I guess we have until 2020 to see if Friends will be there for Netflix in the future.