Netflix Is Going Back To Qwikster Plans, Subtly Starting to Separate Streaming and DVD Accounts 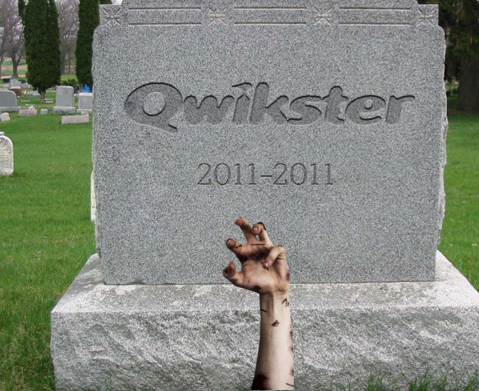 After announcing Qwikster and then promptly canning Qwikster, you probably thought that Netflix had finally put the idea of separating DVD-by-mail and streaming businesses to bed. Not so. According to Redditor myhandleonreddit, DVD customers are starting to be herded towards a separate subdomain, dvd.netflix.com, where reviews written by customers with streaming accounts are nowhere to be found. This coincides with — and recontextualizes — the removal of DVD rating from the Netflix iPad app. It looks like they’re pushing to split the business again, but this time without all the flashiness.

In addition, it seems like streaming customers are no longer receiving search results for DVDs, but instead are getting streaming results that may or may not be at all related to the search term. It may not seem like the biggest deal, but the main fallout here is that the split is segregating DVD and streaming reviews, which if they’re of the same movie, have no real business being split. So, why? Why is Netflix coming back to this dead and thoroughly beaten horse?

Licensing, my dear. Probably. This is the whole reason they wanted to split in the first place. By being a company that deals in both DVD rental and streaming, rightsholders can hold DVDs hostage to finagle a later streaming release, or what have you. Rightsholders already treat DVD sales and streaming differently, so if Netflix were to pull a Solomon and cleave itself clean in half, negotiations would probably get significantly simplier and Netflix would stop shooting itself in the foot by trying to get deals for DVDs and streaming.

For the time being, Netflix hasn’t come out and said anything about these new divides, and who can blame them? It’s kind of a sore subject. If you have a DVD and streaming account, you won’t notice any difference, but if you have streaming-only or DVD-only, you’ll noticed you’ve been shunted over to one side of a wall that didn’t previously exist. If this great divide does go through, it should theoretically make both services better content-wise, but it may awkwardly bisect other things — like reviews — that seem like they ought to be universal.