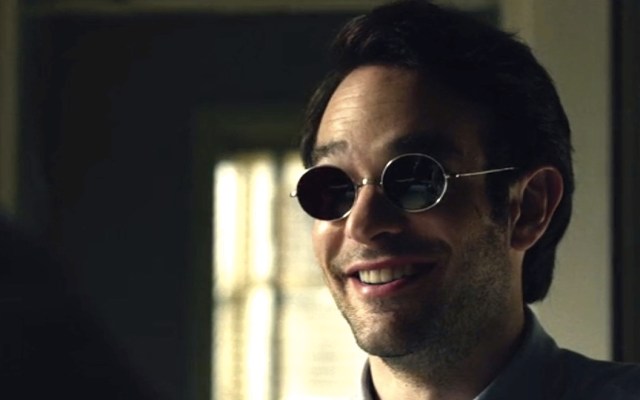 Yesterday, we wrote about how Marvel’s Daredevil was an uncomfortably ironic display of Netflix’s lack of accessibility for the blind, and like one of life’s little gifts, today we get to happily report that they’re rolling out an audio description option—starting with Daredevil!

For those of you unaware, audio description verbally explains the visuals of what’s happening on-screen in between dialogue. Daredevil, along with the rest of Netflix’s streaming service (as well as other services), was lacking the feature, but some hard-working activists, fan outcry, and an online petition later, that’s about to change.

In a blog post today, Netflix’s director of content operations, Tracy Wright, explained that the feature will start off in English on Netflix’s original content, but that they’ll be expanding the feature’s scope and adding more language choices in the future. Wright wrote,

Over time, we expect audio description to be available for major Netflix original series, as well as select other shows and movies. We are working with studios and other content owners to increase the amount of audio description across a range of devices including smart TVs, tablets and smartphones.

This is great news. As we pointed out yesterday, while Daredevil has resulted in a lot of coverage of and talk about the lack of audio description due to its blind protagonist, having or not having it on a single show isn’t the heart of the issue. However, it does present the unique opportunity that it captured people’s attention, which makes this the perfect time (OK, slightly less perfect than “just always from the beginning,” but still) for Netflix to do something about it—although with the feature’s availability today, they’ve clearly been planning it for some time.

Shout it from the hilltops: There’s no reason our increasingly Internet-based TV experience shouldn’t be accessible to everyone. Thank you for listening, Netflix.