The zom-com is another victim of Netflix's three season rule. 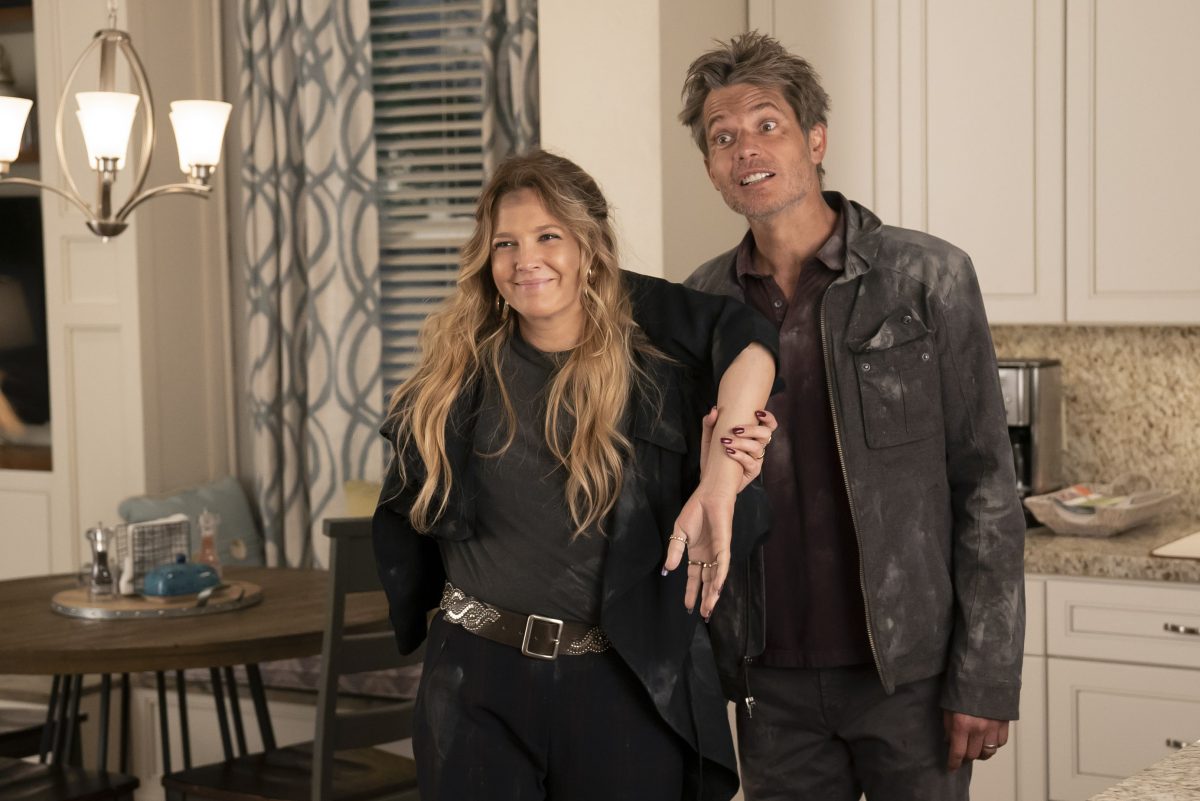 Netflix’s zombie comedy Santa Clarita Diet has been canceled after three seasons. The series starred Drew Barrymore and Timothy Olyphant as Sheila and Joel Hammond, a realtor couple struggling with Sheila’s sudden transformation into a zombie. While the formerly timid Sheila finds new life in becoming undead, Joel struggles to adjust to his new reality where his wife eats people.

Santa Clarita Diet was a delightful take on modern marriage, with the Hammonds giving us one of the best, most loveable couples on television. Barrymore and Olyphant displayed terrific romantic and comedic chemistry as a duo who take “ride or die” literally. The series also featured a terrific supporting cast, including Liv Hewson as the Hammond’s badass daughter Abby and Skyler Gisondo as their nerdy next door neighbor Eric.

Showrunner Victor Fresco and executive producer Tracy Katsky released a statement, saying “Netflix took at chance on this odd show and for that we will always be grateful. They were supportive, ever positive, and appreciative of our work. Until about noon today. Still, they were just one phone call away from being a perfect studio. Not bad. Everything ends. This was a thing. And so it ended. We’ll miss it but are proud of the work we did and will always appreciate the love and enthusiasm we felt from our audience. It if was up to them, Sheila and Joel would continue for another 10,000 years.”

Unfortunately, SCD seems to have fallen victim to Netflix’s trend of canceling comedies after three seasons. Other casualties include the critically acclaimed One Day at a Time, American Vandal, and several more. While Netflix keeps their viewership numbers a closely guarded secret, SCD was a ratings hit, with a solid 89% rating on Rotten Tomatoes.

It’s especially frustrating to see shows like SCD and ODAAT get canceled, when it seems like they barely received any advertising at all. For a show that stars two A-list actors, SCD maintained a shockingly low profile. Most fans didn’t even realize the third season premiered when it did. Netflix clearly plays favorites when it comes to which series get advertising dollars and which don’t.

To add insult to injury, season three left the series on a tremendous cliffhanger, which will now be forever unresolved. The stars of the series are similarly disappointed, with Olyphant saying “I loved working on this show. I’m going to continue coming in and doing scenes. If they don’t want to film it, that’s up to them.”

Barrymore also bid the show farewell, saying “Of all of the characters I’ve ever been, Sheila Hammond is one of my favorites … She and Joel were an amazing couple, who had shared goals. And I am lucky to have worked along side Tim Olyphant. It was an honor to get to do something so delightful. Sheila lives forever in me. And I am grateful to Victor Fresco, who created a world so unique.”

Fans took to Twitter to express their sadness and anger over the series cancellation:

OK SO netflix REALLY canceled #SANTACLARITADIET? REALLY? like, the only show out here that understands feminism? marriage? real estate in california? the need to eliminate dumbass nazis? the perfection of timothy olyphant's posture & drew barrymore's chaotic glee? I AM ENRAGED. pic.twitter.com/xFWAi5Gjdd

Good morning to everyone EXCEPT whoever decided to cancel #SantaClaritaDiet pic.twitter.com/AvKW4vNSIC

@netflix is cancelling all of these good shows but keep making teen romance movies that are all the same with Noah Centino like what?#SantaClaritaDiet pic.twitter.com/Cakzc1OpuN

#SantaClaritaDiet I'm so confused about this. Season 3 literally got 100% on rotten tomatoes… I need an explanation. pic.twitter.com/hwSIdSOqEN

Me waking up to find out Netflix have cancelled #SantaClaritaDiet but continue to pay millions to keep Friends pic.twitter.com/MMj1yT9rZl

Really upset @netflix for cancelling #SantaClaritaDiet. Left us hanging too when it was just getting good with Joel who btw was my favorite character next to Sheila. Y'all raise your prices and get rid of all the good shows. 🤬 pic.twitter.com/6Plwt5zlog

Are you upset about the loss of SCD and the Hammonds? Where do you think the series could have gone in season four?