The Hammonds of Santa Clarita Diet Are My Favorite TV Couple 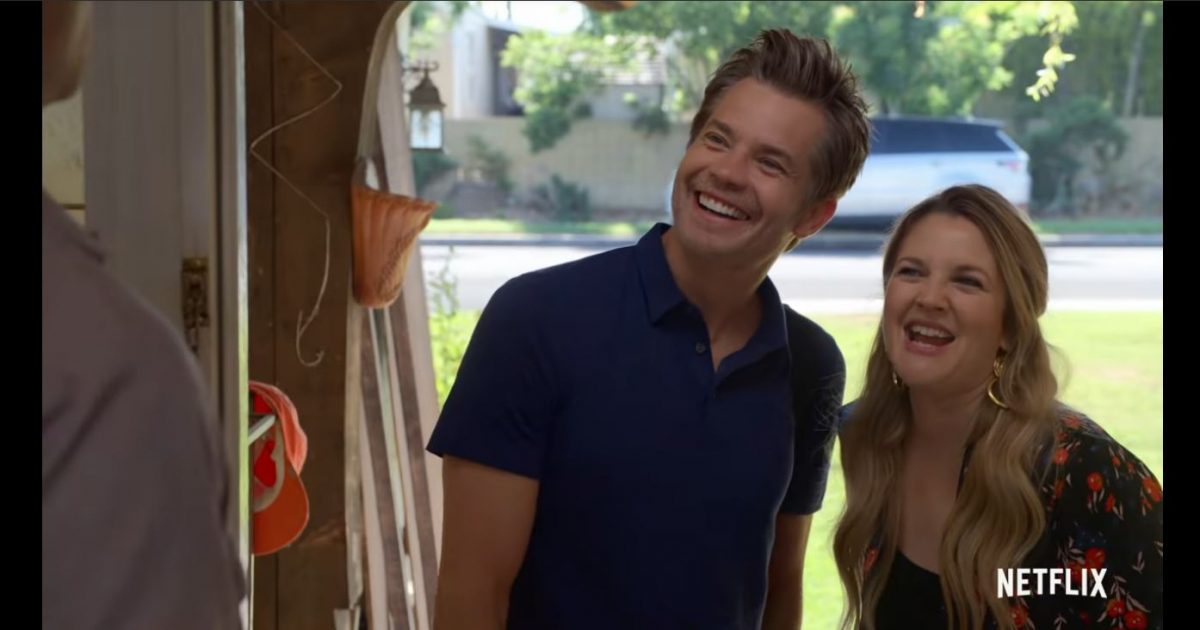 Last week the third season of Netflix’s zombie comedy series Santa Clarita Diet dropped, and I’m not surprised if you didn’t know about it. The delightful series remains under the radar, thanks to a negligible press campaign from Netflix, which is surprising for a show with A-list talents like Drew Barrymore and Timothy Olyphant.

While SCD doesn’t get much exposure, it has attracted a loyal fanbase with its quick wit, over-the-top gore, and the unbeatable chemistry of its two leads. For folks not familiar with the series, the premise is simple: Santa Clarita realtor couple Sheila and Joel Hammond find their lives irreparably changed when Sheila contacts the zombie virus and becomes undead. Now, the formerly timid Sheila has became a vivacious zombie, while her human husband Joel struggles to keep her fed with fresh body parts while keeping her transformation a secret from the outside world.

The Hammonds are joined by their snarky daughter Abby (Liv Hewson) and nerdy boy next door Eric (Skyler Gisondo), along with various guest stars as potential food, zombie hunters, or both. And while the show is fresh and funny, the Hammonds’ marriage is its true emotional anchor.

When we see marriage portrayed in a half-hour comedy, it is usually the subject of well-worn cliches. We’ve seen them all before: the dopey dad and his smoking hot wife, the exhausted parents overwhelmed by their brood of children, and the sexless long-married duo who basically hate each other now. If you grew up on any of these tropes, chances are you left with a fairly unfavorable view of marriage.

The Hammonds forgo these archetypes by giving us something new and different. Joel and Sheila are high school sweethearts who find their connection reinvigorated by Sheila’s life after death. They were already a content couple before she died, but Sheila’s transformation lights a spark in the two. It says something about how we view relationships when a long-married couple who can’t keep their hands off each other is a rarity.

Of course, Sheila turning into a zombie doesn’t come without hardships. Since she turned (a month ago in the show’s timeline) the couple have been scrambling non-stop to provide her with fresh bodies, keep her body from decaying, and keeping it all a secret from their friends and neighbors in Santa Clarita. Joel struggles to adjust to their hectic new life, but remains resolute in helping his wife hunt and kill prey, which is chiefly nazis and other terrible people.

Season three find them considering their future, as it finally dawns on the two that Sheila is immortal. Sheila wants to bite Joel so they can be together forever, but Joel is hesitant. After all, he doesn’t know how exactly he’ll change after death, plus he’s not to keen to snack on ear lobes with his wife.

The show works best when it juxtaposes everyday marital issues with the larger landscape of murder and immortality. Joel and Sheila work so well together because they are supportive, respectful, and above all absolutely in love. Whether they’re bickering over emptying the dishwasher or the reanimated head in their basement, they remain delightfully relatable and endearing.

If you haven’t caught on to Santa Clarita Diet, now is a great time to start. Here’s hoping that the series outlives Netflix’s three season curse and comes back for a season four.