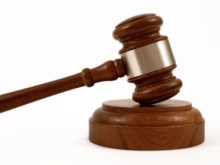 When the FCC published and thereby finalized their rules about net neutrality, opening them up for lawsuits, everyone thought Verizon or MetroPCS — two of the rules’ biggest opponents — would be the first to sue. Nope, the activist group Free Press beat them to it. The stinger? Free Press is staunchly pro-net neutrality.

Why file suit? Well, they certainly didn’t find the rules to be too strong, that’s for sure; they actually found the rules to be far too lax. While the new net neutrality rules do quite a bit to rein in wired (or fixed) Internet providers, they leave wireless providers with a bit of freedom, too much if you ask Free Press.

Our challenge will show that there is no evidence in the record to justify this arbitrary distinction between wired and wireless Internet access. The disparity that the FCC’s rules create is unjust and unjustified. And it’s especially problematic because of the increasing popularity of wireless, along with its increasing importance for younger demographics and diverse populations who rely on mobile devices as their primary means for getting online.

Come to think of it, I tend to agree. While it certainly was nice to think that net neutrality rules were finally, finally happening, the lack of accountability in that one subtle but important detail could render the whole rule-set pretty useless. Although it’s a little counterintuitive to sue, it makes a lot of sense for Free Press to want to make sure that the first ruleset to be finalized will be worth something. It’ll be a lot harder to go back and change the precedent once it’s set.