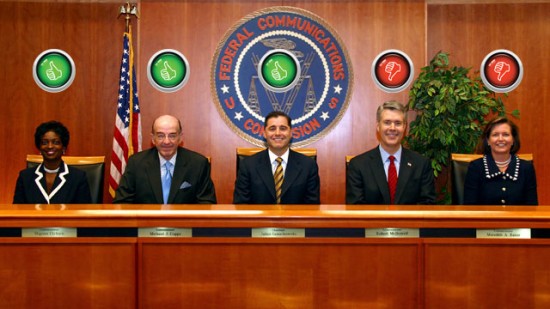 Ladies and gentlemen, the FCC has drafted its net neutrality rules and had them published. After being voted through at a 3 to 2 majority last year, they will go into effect November 20th, assuming they are not delayed by lawsuits. They will probably be delayed by lawsuits. Verizon and MetroPCS have been waiting in the wings, unable to file suit until the rules were finalized and made official so now is their time to pounce.

Despite the fact that no service provider would want to be bound to these rules, they actually seem pretty reasonable. The FCC’s own summary describes them as follows:

Although the real reason service providers will cause a fuss is because they want to retain the freedom to do all the things net neutrality prohibits (whether or not they are doing those things at the moment), the reason they’ll cite is that the FCC is overstepping its bounds. In order to file rules on net neutrality, the FCC — an organization typically concerned with broadcast media — invoked “ancillary jurisdiction” to argue its authority. It’s just about as subjective and arguable as it sounds. In contrast, the FCC could have reclassified broadband Internet to be clearly within their jurisdiction but didn’t, probably due to concerns that the pursuit may have required too much time or effort.

As it stands, the rules are on the table and not all together horrible for service providers. The rules regarding mobile Internet are actually quite lax and seem to allow providers to throttle bandwidth for certain apps. Still, considering that they could get these rules thrown out altogether if they win, it’s probably worthwhile for the providers to get lawsuitin’. Whether the rules are stopped dead in their tracks or merely delayed as they charge forward is yet to be seen, but here’s to hoping no website will become provider-specific any time soon.