Outstanding. Now all we need is a deck of cards. 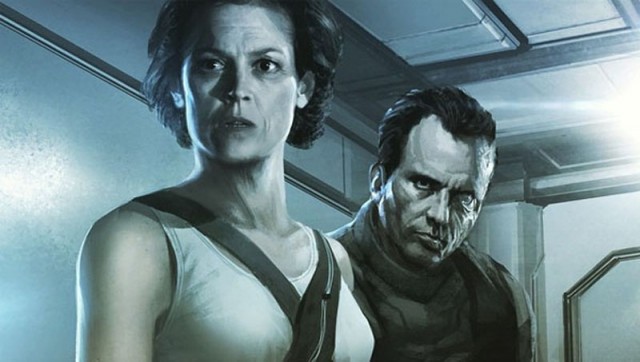 Remember when District 9 director Neill Blomkamp revealed he’d been working on concepts for a continuation of the Alien franchise? Well he’s talking about it again and with some degree of seriousness.

The director spoke with Uproxx about his upcoming film Chappie (which happens to star Sigourney Weaver) and brought up the idea again.

“Basically, what happened was, when Chappie got heavily into post-production, I could take my foot off the gas a bit. I was thinking about what I wanted to do next and I’ve been wanting to make an Alien film for like years and years,” Blomkamp told them. “It’s totally abnormal. But it’s for the reason that you bring up, if it’s going to happen, it has to be on my terms. So, I came up with it and I’m bringing this to you. It’s not like, ‘Would you like to do Spider-Man 36?’ I still love it, I love the idea of the movie and I produced way more art than I put out.”

He also talked about Weaver’s part in it all:

Speaking to Sigourney Weaver, when we were doing Chappie, she set off a bunch of thoughts in my head — I had come up with an idea that didn’t have Sigourney, it was a different idea. But I spent all of the shooting time with her, it was like, holy shit, that could actually be really interesting. When I came back to Vancouver, I had an entire year to work on Chappie. And when I wasn’t needed in the edit, I could think about Alien. So, I basically developed an entire movie and I did all of this artwork as well.

So why isn’t this actually happening? Well Blomkamp mentions a few factors, including his issues with Hollywood which he refers to as “a difficult animal to negotiate.” He also said he has a whole idea but, “I’m the problem. Fox, they would make it. Like, tomorrow. They would make it.”

Blomkamp wouldn’t go into specifics of the plot he had in mind, how Ripley would be involved, or the reasoning behind his concept art with Ripley wearing a space jockey helmet but it seems this could turn into a real thing. What do you think?