Neil Marshall, Director of the Episode “Blackwater,” Will Return to Game of Thrones For A Dramatic Season 4 Finale 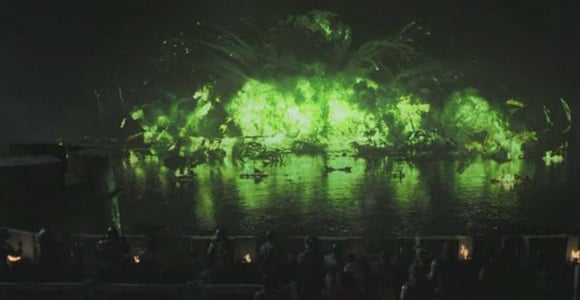 We’ve barely recovered from the end of season 3, but Game of Thrones season 4 news is already trickling out. It seems that director Neil Marshall is returning to the hit HBO show for its dramatic season 4 finale. Marshall has a history working on one of the most pivotal episodes of the seroes, having previously directed the penultimate episode of season 2, “Blackwater.” Marshall’s involvement is coupled with news of how season 4, which is set to air early in 2014, will close.  Major spoilers ahead.

Marshall’s involvement in the season 4 finale appears to follow in the footsteps of his previous work on the series. Much like “Blackwater,” which focused on the battle for King’s Landing, the season 4 finale will, allegedly, be centered around a major battle.  A source at Empire Online has informed the site that the finale will take place “at The Wall, with Mance Rayder.” This likely refers to The Battle of Castle Black, which takes place in the third installment in the A Song of Ice and Fire series, A Storm Of Swords.

The timing is about right and the event certainly sounds dramatic, or traumatic, enough to close out another season of the show, but the news that the season will end with the event does not guarentee that we know what the final episode of the season holds.  After all, Game of Thrones tends to concentrate the bulk of the most shocking bloodshed in the ninth episode of every season, from Ned’s death in season 1 to The Battle of Blackwater in season 2 to the Red Wedding that left even longtime readers shocked in “The Rains of Castamere.”

Still, the exact episode number is less important than the news that the fourth season will likely end with the battle between the Night’s Watch and Mance Rayder’s Wildlings.  Of course, we have known for quite some time that season 4 will take on the second half of A Storm of Swords, but if the event that will close out the fourth season of Game of Thrones takes place at the end of the third book in the potentially 7 book series, and the show is slated to last seven seasons, I have to wonder what we will and won’t get to see translated onto the screen.  Still, for anyone who has read the books, the confirmation that the show’s season 4 finale will see The Night’s Watch and Stannis Baratheon teaming up to battle The-King-Beyond-the-Wall, Giants riding mammoths, and Wildlings provides a pretty solid time-line for what to expect in the next season.