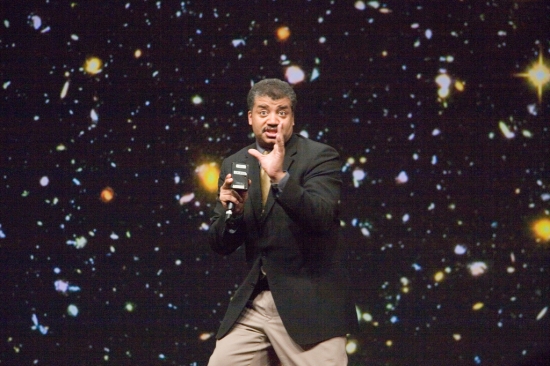 As a popular astrophysicist and television personality, people turn to Neil deGrasse Tyson for facts about a wide range of topics. He fields a fair number of space-related questions, but Tyson is a great and wise man who knows many things beyond the realm of outer space. Yesterday, Christmas Eve, Tyson took to Twitter to teach his more than 900,000 followers a little about Santa Claus.

It doesn’t appear that anything in particular sparked Tyson to write the series of tweets about the man in red, except a bit of holiday spirit and the desire to inform the world. What’s an average work day at the North Pole? Is Rudolph’s nose an effective light source through clouds?

We’ve compiled his Santa tweets for you, but if you’re not following @neiltyson on Twitter then you’re doing it wrong.