Neil deGrasse Tyson, If You’re Going to Try to Come for Arrival, You’d Better Not Miss 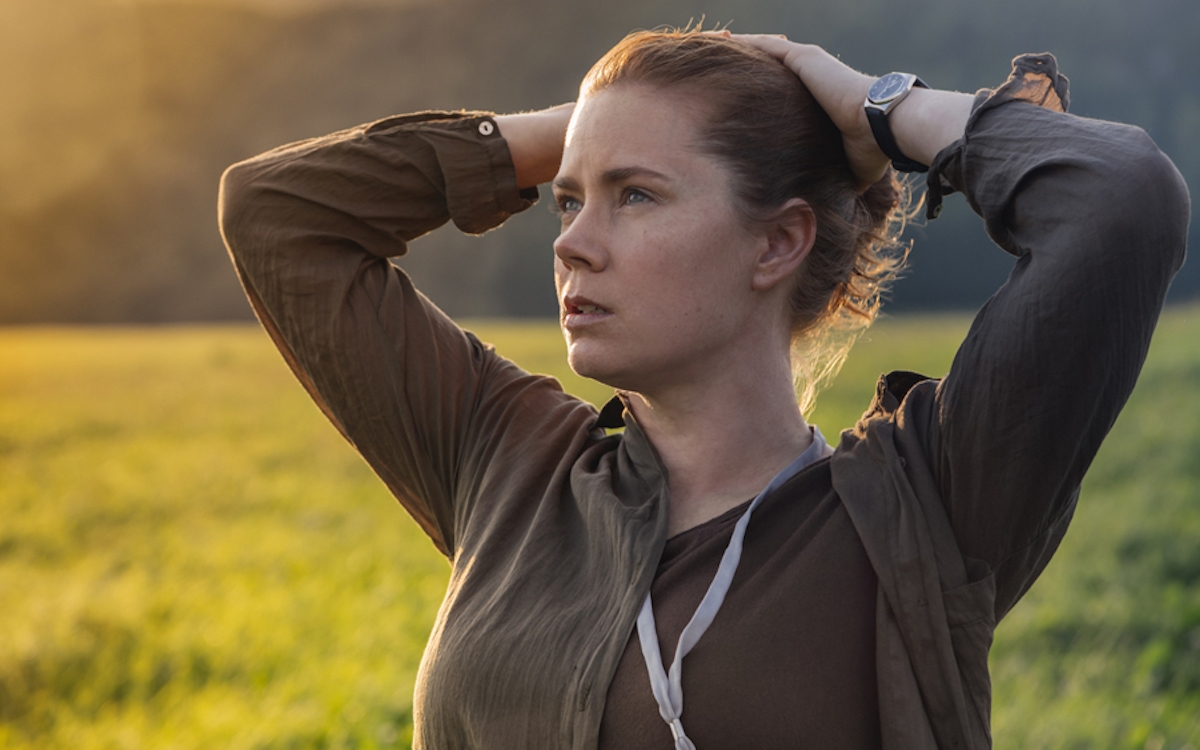 Neil deGrasse Tyson is pretty much known for two things: being an astrophysicist and for offering scalding hot “well, actually” takes on Twitter. Did I say scalding? I meant … whatever this is:

The film “A Marriage Story” (2019) should instead have been named “A Divorce Story” pic.twitter.com/5mKGgCzb08

He’s been doing this for years, usually not focusing on title semantics but on scientific flaws in popular films. It’s a long-running schtick and your mileage with it may vary from cute to tiresome.

But yesterday, Tyson tried to come for Arrival, arguably one of the best sci-fi (or any genre) movies of the last decade, and boy, did he miss the mark.

In the film “Arrival” (2016) nobody wondered whether the circular patterns drawn by the creature were backwards. The septopoid Alien drew them from the other side of a transparent glass wall. pic.twitter.com/QfTfJlpHAQ

“In the film “Arrival” (2016) nobody wondered whether the circular patterns drawn by the creature were backwards. The septopoid Alien drew them from the other side of a transparent glass wall,” he wrote.

In Arrival, Amy Adams plays Louise, a linguistics professor who has to lead a team trying to understand and communicate with an alien species whose language is represented visually.

The fact that Tyson feels the need to point out the possibility that those images were backward is weird for so many reasons, starting with the implication that this realization would somehow have cracked the aliens’ code faster. Like Louise would look into a mirror and suddenly understand the meaning?

He’s also assuming that this incredibly advanced species didn’t think ahead to take this issue into consideration.

The bigger issue (spoilers ahead!) is that the movie does address this question. At one point, after they’ve figured this out, Jeremy Renner’s character explains that the aliens’ language has “no forward or backward direction.” That applies both to time but also to the physical image. The aliens don’t experience time linearly and their language reflects that.

Did Tyson really need a throwaway line from a scientist or someone asking “Hey, what if these pictures are backward?” and then a scene where they all rule out that option? I can’t think of anything less necessary to this story.

To be fair, Tyson did warn his Twitter followers that he was going to be posting an onslaught of movie opinions.

And a reminder that 86% of you in a Twitter poll voted that you like when I talk science-smack about movies. 12% had no opinion. To the remaining 2%, please avert your eyes for the rest of the week…

So yes, we could all just not pay attention to Neil deGrasse Tyson’s bad takes. But also, if he’s going to post something this wrong and bad about something a lot of people really love, he’s not immune from criticism.

this is explained in the film. like they took the time to give Jeremy Renner a little voiceover… explaining why this would not matter.

I know, real badass on twitter dot com dunking on Neil deGrasse Tyson but but this one really bugs me for some reason https://t.co/DKx5r9m7bH

If you’re gonna dunk on a movie’s plot hole to an audience of 13.6 million followers, maybe be extra sure that that hole actually exists.