Researchers May Have Found a Scientific Explanation For Near Death Experiences

Now if we could just determine the reason for the angelic chorus that appears when I eat cake... 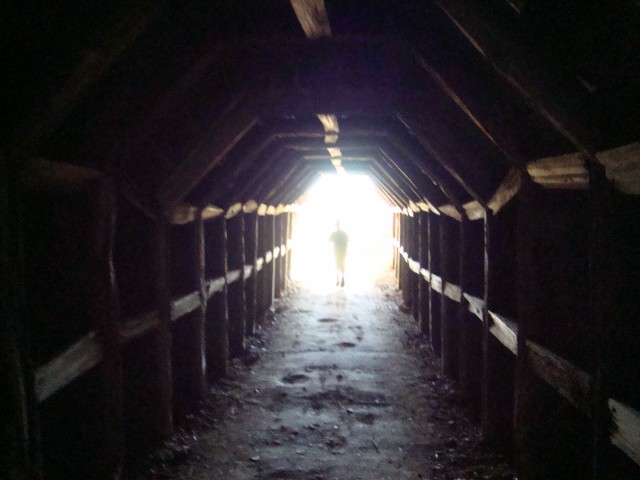 Many on their deathbeds, in fiction and reality, report seeing a tunnel with a bright light at its end, an experience so common it’s become a cliche. While some believe the light is heaven (which makes life a giant, smelly subway station, I guess?), researchers have found new evidence that these visions may stem from electrical surges in the brain.

For years, scientists have assumed that once blood stops flowing to the brain, the brain stops functioning, resulting in “clinical death.” That’s one of the reasons fairly little research has been done to study electrical signals in the brain at the time of death. Enter Jimo Borjigin, a molecular neurologist at the University of Michigan. Six years ago, Borjigin and her husband, Michael Wang, were studying changes in circadian rhythms of animals that had suffered strokes. Some of those test subjects died, and when the pair examined images of their brains, they were intrigued to learn that that certain neural chemicals dramatically increased while the animals died. That discovery led Borjigin and Wang to form a team to undertake a new series of experiments on brain activity during heart attacks, which was published this month in the journal Proceedings of the National Academy of Sciences.

The new team took EEG readings of rats while they were awake and normal, while they were under anesthesia, and while the animals were experiencing cardiac arrest. The team found that the presence of gamma waves in the brain — high frequency waves that are thought to carry more information than other types — drastically increased just after cardiac arrest. In fact, the rate of gamma waves was twice as high as when the rats were awake, causing Borjigin to hypothesize that just after cardiac arrest, neurons actually fire in a way she dubbed “hyper-consciousness.” Further, information processing increased more than five-fold, so that anything the rats felt would have seemed “hyper-real.”

The researchers also saw different electrical waves working in tandem: theta waves and gamma waves, which indicates conscious control, and alpha waves and gamma waves, which controls internal visualization– meaning, this is likely where the bright lights come from. Borjigin thinks that the traits seen in rats will also be true for people, and should a similar study be done on humans, it could prove quite fruitful. That said, no matter how broke I am, I think that’s one study for which I would not volunteer.

If you want to read more about the research, you can do so here.

(via io9, image via Rajiv Patel)