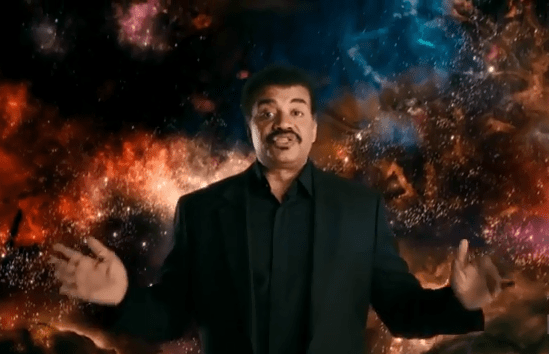 It is as Buzzfeed’s Cosmos on Weed parody foretold…

The host is expected to explore the many ways science and technology have influenced the life of his guests. After conducting the private one-on-one interview with the main guest, Tyson and a group of panelists, which will include a comedian co-host and various “influencers,” will sit before a live studio audience at the American Museum of Natural History’s Rose Center for Earth and Space in New York City and chew over the topic of the week. Nye will offer perspective via a pre-taped segment.

Star Talk will make every Monday a little better at 11 p.m., and repeat on Fridays at 7p.m. What do you think? Excited to have Tyson and Nye making a regular appearance on your screens in about a month?