NBC’s New Show The Event Gets Buzz at Comic-Con; Compared to Lost and 24 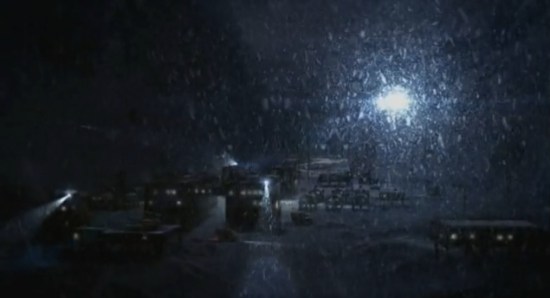 If you haven’t heard by now, the next network television show we ought to be salivating over is NBC’s upcoming series, The Event. Described by New York Magazine and io9 as evoking now-ended cult shows Lost and 24, The Event is a mystery-political-thriller-scifi-romance-hybrid that employs interconnected and non-linear narratives, and the occasional plot twist.

So what is The Event about, exactly? Warning: Minor description of the pilot episode ahead.

As io9 reports, the show introduces a mystery involving detainees and an airplane. In the first scene, we see “malfunctioning news cameras trained on US President Elias Martinez (played by Blair Underwood) as an anchorwoman screams for the cameras to shoot at something in the sky.” That description itself hints at Cloverfield-esque disaster genre. Let’s just hope it’s not a stream of black smoke flying about, cause we know how hard that is to explain.

All of this sets the backdrop as Sean Walker (played by Joan of Arcadia‘s Jason Ritter) embarks in search of his missing girlfriend, while embroiled in a “mystical game of espionage,” writes TVSquad. The cast also includes Laura Innes and model-turned-actress Taylor Cole (you can see a short video interview with her about The Event at Television Blend).

In what appeared to be a veiled jab at Lost, producer Evan Katz (24) said, “Everything is designed so that we will answer questions so you won’t be frustrated. You won’t think we don’t know what we’re doing or that we’re making it up as we go along.” Creator and writer Nick Wauters (The 4400) assured the crowd, “There are people in LA right now carefully crafting what we hope will be twenty-two hours that keeps people guessing in a fair way.” In fact, he also said that some of the crucial questions from the pilot would be answered immediately in the follow-up episode. Well, that’s a comforting start.

The NBC show will premiere on September 20 at 9-10 p.m. EST. We’ve provided a trailer below.