Navy Captain Who Spoke up About Coronavirus Should Be Hailed as a Hero, Not Attacked 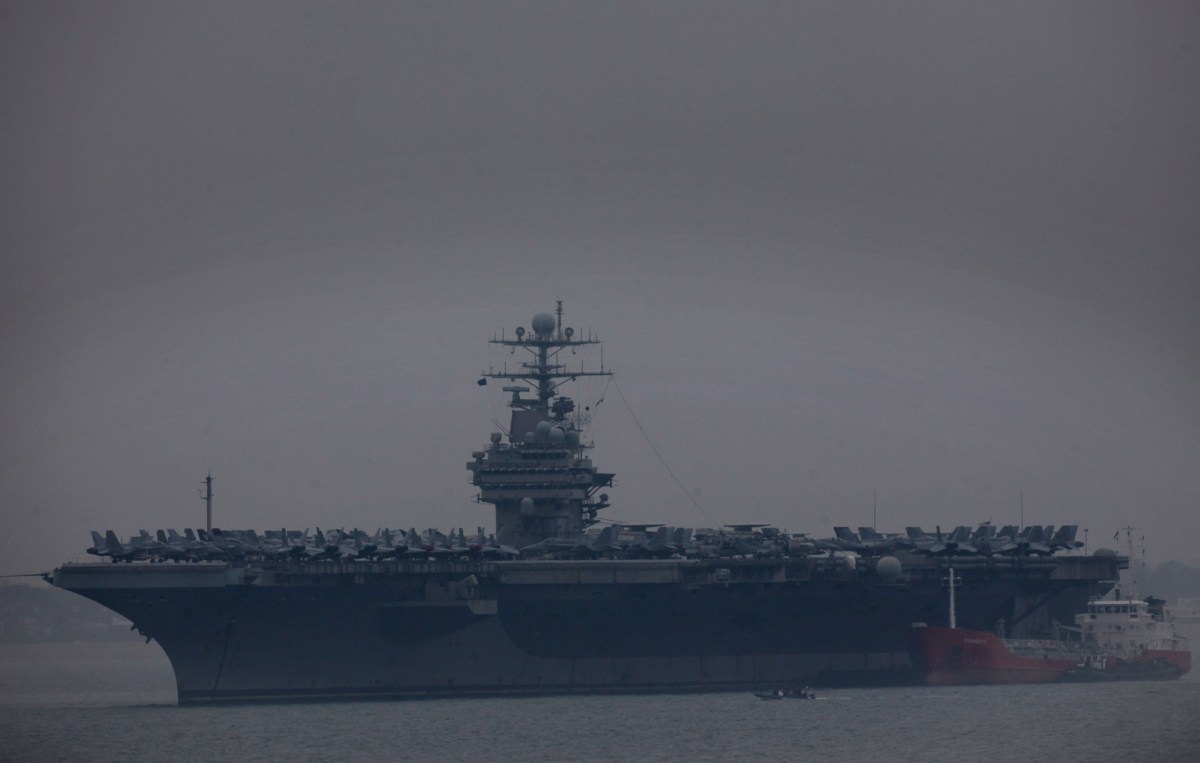 One week ago, Captain Brett Crozier of the USS Theodore Roosevelt sent a plea to senior military officials. The nuclear aircraft carrier was docked in Guam and was being overtaken by coronavirus. Crozier pled with his superiors for help, to save the lives of his sailors on board, many of whom were already infected and couldn’t take proper precautions in the tight quarters of a ship.

That plea was made public on Friday as Crozier’s letter was leaked to the San Francisco Chronicle. “We are not at war. Sailors do not need to die,” Crozier wrote. “If we do not act now, we are failing to properly take care of our most trusted asset: our Sailors.” Days later, Crozier was fired, before he himself developed symptoms of COVID-19.

To be clear. The first person fired by officials for their response to the coronavirus wasn’t an incompetent CDC member or one of Trump’s useless advisors, but a Navy officer who had the audacity to call out the military for failing to protect his men. He was fired for shining a light on a terrible situation that endangered American lives. It is disgraceful.

Here’s the crew cheering and applauding for Crozier as he departs, demonstrating how highly respected the Captain was by those who served under him:

The applause the commander of the USS Theodore Roosevelt receives as he departs after being relieved of his command says it all.

Captain Crozier is a patriot, hero and leader. His sailors know it & the American people know it.pic.twitter.com/aXTYTQLjRE

But to add literal insult to the injury of Crozier’s dismissal, Acting Secretary of the Navy Thomas Modly hopped on the PA of the USS Theodore Roosevelt to berate Cozier and call him either “too naive or too stupid” to be in command. Modly accused Cozier of betraying the Navy and creating controversy. Yes. He insulted the man he just fired in front of all the men their captain had been trying to help.

The response here is so far beyond shameful. The fact that Crozier was fired for doing his job and speaking up, the fact it’s clear Modly and other leadership are mad at him, not because of the state of things on the ship, but because he asked for help and it got out in a way that made the Navy and this administration look bad, is horrifying.

The Acting Secretary of the Navy, Thomas Modly — whose sum total qualification for his job was that he was once a junior helicopter pilot who became an investment banker and Trump campaign donor — visited the USS Theodore Roosevelt this morning and chasitized the crew.

There are now 173 cases of COVID-19 on the USS Theodore Roosevelt. Over 2,000 sailors have been evacuated but still only 61% have been tested. These are sailors who in all likelihood signed up for military service under the belief that their service and possible sacrifice would be honored and that the country they serve would, you know, care about them. But it doesn’t. The Navy under Trump apparently only cares about looking good.

The fact that the Navy is spinning this as a failure by the Captain should have people livid. Those conservatives that go on and on about the greatness of the American military and the sacrifice of soldiers should be furious as this callous and insulting dismissal of a captain who was doing his duty and trying to protect his men when those in charge failed.

This should be an action and response that both sides of the political spectrum condemn … but it won’t be. The Trump administration and its supporters are more interested in the appearance of victory than the reality of competence and compassion. Still, Modly and everyone involved should be ashamed.