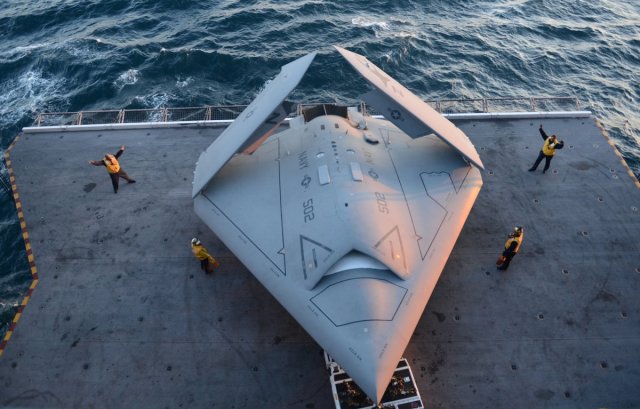 This morning the U.S. Navy launched the unmanned X-47B drone from the USS H. W. Bush nuclear-powered aircraft carrier. The launch was a first of its kind, as is the X-47B, which is the first drone designed to take off from and land on an aircraft carrier. The X-47B is the size of a fighter jet, and can now be launched from almost anywhere in the world.

Though the X-47B can be fully autonomous in flight, mission operators handled it during this particular test. Otherwise it relies on its computer brain to both fly and give me nightmares. It has a range of more than 2,100 nautical miles, and can reach an altitude of more than 40,000 while traveling at high subsonic speeds.

Although it’s not intended for operational use, the X-47B and test launches like this one will help the Navy further develop its drone program, which isn’t something everyone wants to see. Human Rights Watch has already called for prohibition of weaponized autonomous drones. That’s probably because the idea of a robotic fighter jet patrolling the skies sounds like the beginning of a Terminator movie.

There’s increasing push back against the use of unmanned drones, and I admittedly have my own reservations against the idea of an armed robot cruising the skies, but that doesn’t mean everyone is against them… 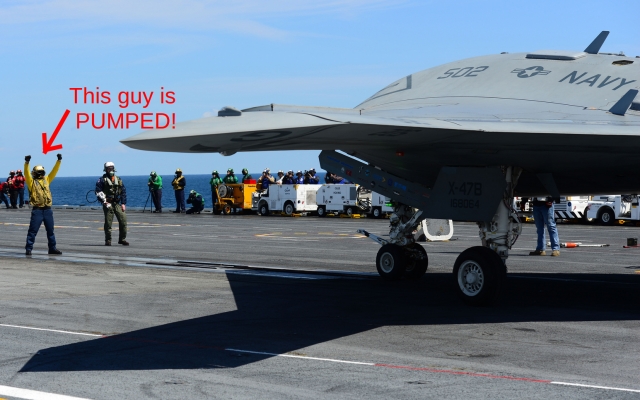