We live in the future, folks. We’re looking up into the sky like never before, and we’ve got our sights set on the red planet, Mars, and with SpaceX development making great strides, and you can (virtually) take a tour of Mars in this 360-degree viewer courtesy of Curiosity.

Curiosity captured the above video at the Namib Dune, and it’s pretty surreal. It looks like any old desert here on Earth, but… it’s not. It’s all Martian landscape, all the time. It’s kind of weird to think about how this is a different planet, and we can (yes, virtually) be there. Stunning.

In the not too distant future, you may just start seeing these amazing new tourist posters that NASA recently commissioned from design firm Invisible Creature as well.  They’re all neat ads for different stars and planets you and I can one day visit.

They’re all super reminiscent of the tourist posters outside of the Star Tours attraction at Disneyland. Included are posters for Enceladus, Mars, and a “Grand Tour” of Jupiter, Saturn, Uranus, and Neptune. The art will be placed into calendars that’ll be distributed to government officials and NASA employees, but for lowly non-spacefolk and non-government-entities like us, we can buy ’em over at Invisible Creature’s online shop. 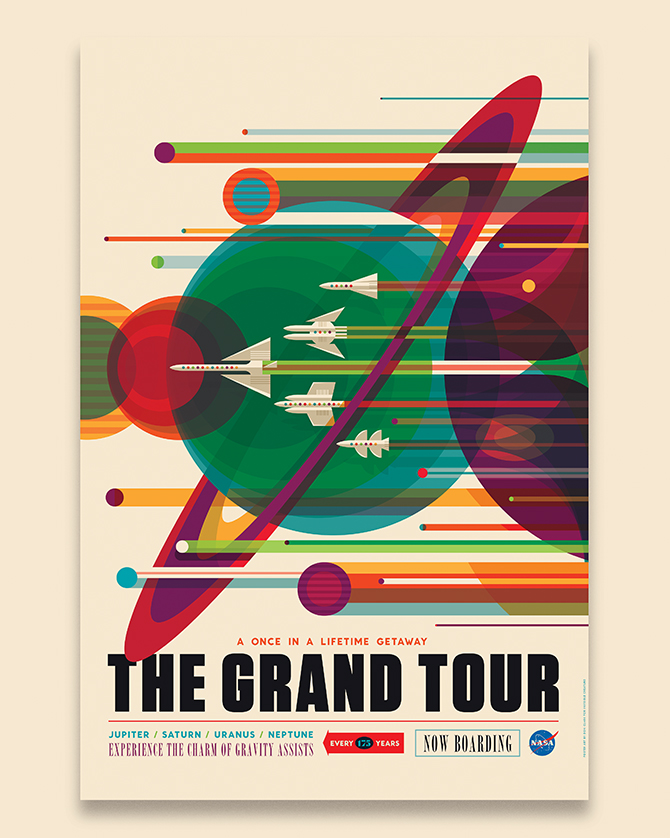 Check out all of the art over at Invisible Creature, and let us know if you pick up a few posters!