Conspiracy Nut to NASA, “You Should Have Investigated That Rock Harder for Aliens, I’m Suing You” 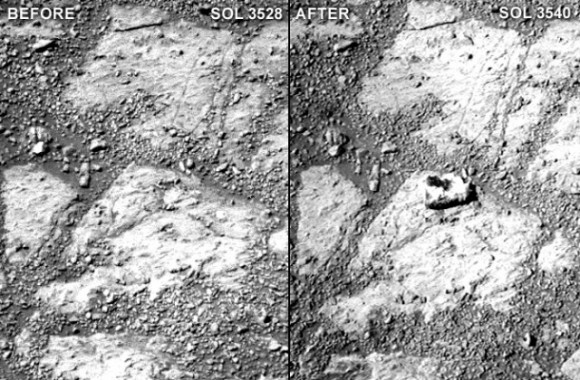 In case you didn’t know, about two weeks ago NASA announced that it had found this rock where they hadn’t expected it to be. All of a sudden the thing had just appeared in a location they’d already photographed it conspicuously not being.

No, the answer was not aliens.

NASA eventually concluded that the rock probably was moved there when the Curiosity Rover had done a tight turn 1-2 meters from where the rock is now, and used it as an opportunity to study the effects of being flipped over. That is, to study the effect Mars’ environment has on a native surface that hasn’t been oriented towards the sun and elements for a while.

Now a gentleman who is suing NASA for negligent science, for not coming to the obvious conclusion that that rock is actually a mushroom, and therefore evidence of life on Mars.

Our sister site Geekosystem has spoken with him directly.