SpaceX Founder Elon Musk Says We Need 1 Million People on Mars for Humanity’s Sake, and He’s Got a Plan 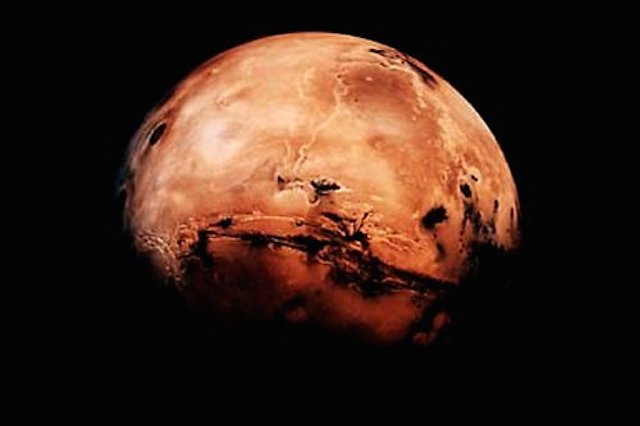 Real-life-Tony-Stark Elon Musk thinks the only way to save humanity over the long-term is to get 1 million people to Mars. That may sound like a far-fetched goal, but he’s already got a plan in the works to make it happen with SpaceX.

And when I say “long-term,” I mean so long that it boggles the mind to even consider it. As Aeon writes in their recent interview with Musk, if the Earth’s ecosystem isn’t destroyed by humans, natural environmental changes, or other unforeseen events, it will still be ruined well before the Sun explodes by changes in the star’s lifecycle. The Earth will become a hot, violent, radioactive ball of death, and if humanity is to survive that, we really shouldn’t procrastinate—whether or not we have about 500 million to 1 billion years to pull it off.

As the Earth and Mars swing through their orbits, they go from being impossibly far apart (1,000 times the distance between the Earth and the Moon) to fairly close together (only 150 times further than the moon). When they’re close, human travel to Mars is much more practical. The next time this happens is only four years away, but in the 2030s it will happen again, and Musk intends to be ready with SpaceX to have a settlement running on Mars by 2040.

SpaceX is only 12 years old now. Between now and 2040, the company’s lifespan will have tripled. If we have linear improvement in technology, as opposed to logarithmic, then we should have a significant base on Mars, perhaps with thousands or tens of thousands of people.

And that they’d also need a million or more people, eventually, to form a stable civilization:

Even at a million, you’re really assuming an incredible amount of productivity per person, because you would need to recreate the entire industrial base on Mars. You would need to mine and refine all of these different materials, in a much more difficult environment than Earth. There would be no trees growing. There would be no oxygen or nitrogen that are just there. No oil.

He envisions that they could hit that 1 million people mark within a century. Mars isn’t a permanent solution to save us from the Sun’s death, but it would certainly help and give us experience as we try to move further out among the stars.

The entire interview with Musk is as fascinating as you’d expect from the man behind Tesla Motors and SpaceX, but I’m a sucker for anybody who wants to put human beings on another planet in my lifetime. SpaceX is one of the organizations I actually believe could pull it off, which makes this ambition on Musk’s part all that much more exciting. Keep it up, Iron Man.