NASA is Launching a Lunar Probe Tonight, Watch Live Right Here or Go Outside and Look Up! 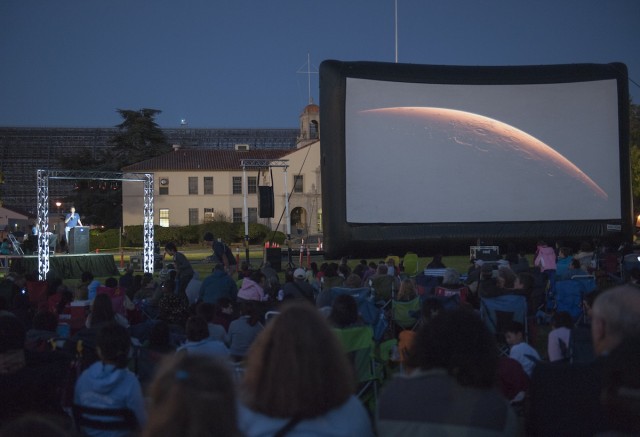 Look to the skies! Or, depending on your location and schedule, look to the Internet! NASA is launching the LADEE Lunar probe tonight at 11:27PM EDT. The fact that it’s a nighttime launch means you could be able to see the rocket with your puny human eyes if you live the northeast. If not we’ve got the live stream!

LADEE is launching on an Orbital Sciences Minotaur V rocket. It’s the first mission to use this particular rocket which is always exciting for space geeks. It’s the 24th mission overall to use one of Orbital Sciences’ Minotaur series.

The LADEE itself stands for Lunar Atmosphere and Dust Environment Explorer, and will be studying — you guessed it — lunar atmosphere and dust. LADEE will arrive at the Moon in a few months, and once there it will orbit for about 100 days before running out of fuel and crashing into the Moon’s surface. Let’s not dwell on LADEE’s sad end though, tonight we celebrate it’s launch, which you can watch live right here.

Launch coverage starts at 9:30PM, but they have LADEE programming slated for most of the day on NASA TV so just start watching now and never ever look away:

And if you happen to be in the northeast you could catch a glimpse of LADEE as it takes off. The closer you are to the NASA’s Wallops Flight Center in Virginia the better, but Orbital Sciences has a handy chart to give you a sense of where the rocket may be visible: 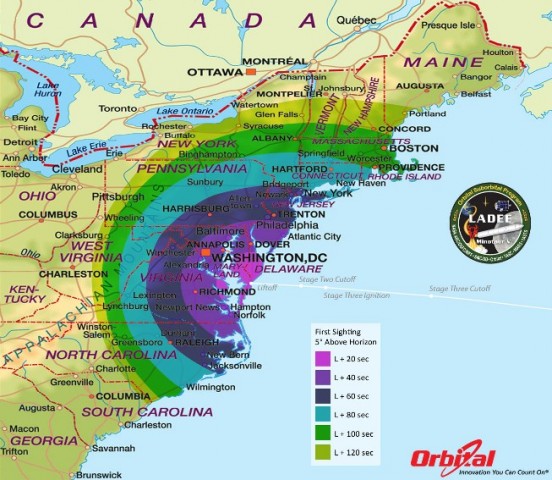 This shows the timeframe of when you can expect to see the rocket in the sky after the launch. To give you a sense of how high in the horizon you should look, here’s this handy chart as well: 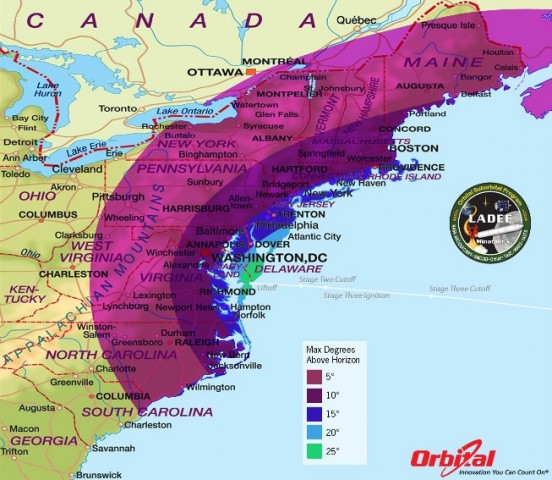 So depending on your landscape you might miss out. Quick! Go chop down all the trees in your neighborhood so you can see space stuff! Or maybe just find a nice quiet field to watch from.

(via NASA and Orbital Sciences, cover image via NASA)