Our robot overlords will probably look harshly upon this some day. 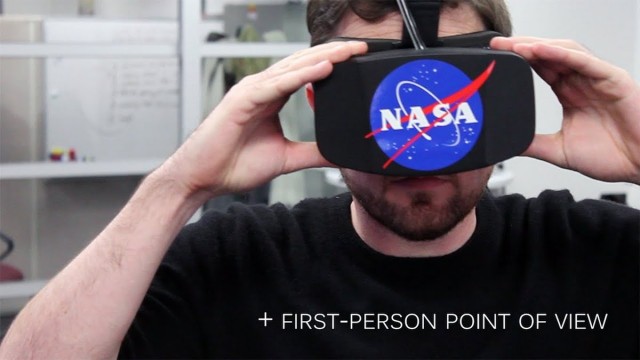 “No, Mom, I will not pause this game for dinner. I’m practicing my skills for NASA.” Yes, some day you may be able to use that excuse for playing video games endlessly, but only if you enjoy motion controls. NASA is experimenting with using the Oculus Rift virtual reality headset and Microsoft’s new Kinect to control robots in space.

If you think space is awesome but more than a bit terrifying (like us), you’ll be happy to hear that you could be an astronaut some day without leaving the ground. NASA already has a “Robonaut” on the International Space Station, but with the new Kinect 2’s body tracking and an Oculus Rift headset, the people at NASA will be able to control the humanoid robot as though they’re actually there.

At least, that’s the plan for this technology combination. Here, watch a video of how it works with a robot arm on Earth and get super jealous that you don’t have this guy’s job:

Right now, the virtual reality control and Robonaut itself are both in their preliminary phases. The Robonaut currently on the ISS can’t even move around (at least until it gets its terrifying Doctor Octopus legs), but both technologies are expected to be useful some day in missions to asteroids and Mars.

That’s great, because we’re huge wusses, and our preferred method of experiencing space is through video games anyway. We’re glad to see that NASA is working on combining video games with real space. It’s just safer that way.