Tell Donald. I want him to know it was me. 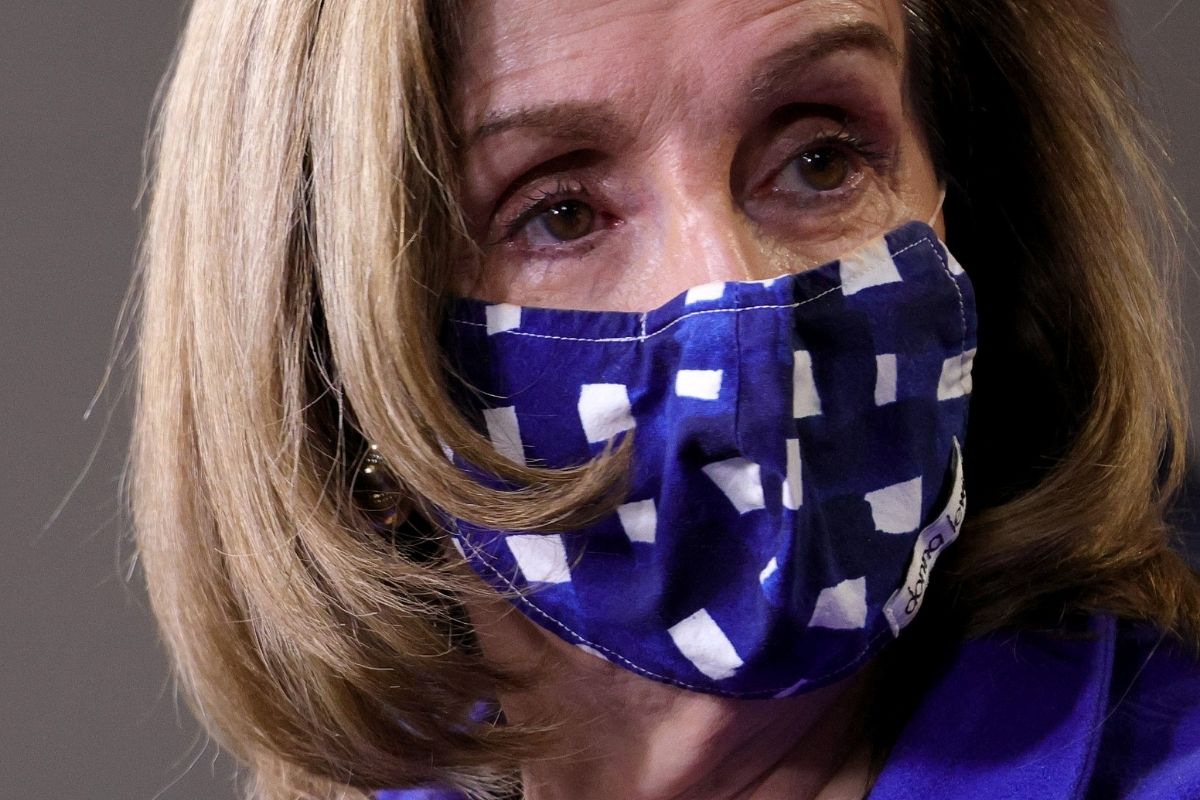 House Speaker Nancy Pelosi might’ve lost the battle when it comes to Trump’s second impeachment trial, but that doesn’t mean she’s lost the war. She proved that sentiment in a letter to lawmakers where she showed how she’s 5 steps ahead. Said letter describes the establishment of an “outside, independent” commission to investigate the domestic terrorist attack of the United States Capitol Building. All of this is fueled by Pelosi’s need for the truth to come out, especially when you take into account that lives were lost during this attack.

The commission will also look into facts and causes in reference to “interference with the peaceful transition of power” and the preparedness of federal law enforcement and the military. The focus will still be on the Capitol domestic terrorist attack, but I hope that it looks back at the years upon years of lies that Trump has put out there into the world as a means of controlling the narrative and causing this attack. Because this isn’t something that happened overnight.

The announcement of this committee comes just as several top House Republicans (Jim Jordan, Devin Nunes, Rodney Davis, and James Comer) sent Nancy Pelosi a letter alleging that she was responsible for the delays of the National Guard when it came to the Capitol attack. According to them, Pelosi was basically a busybody who “wielded influence over the security decisions before and during the January 6th attack.” But that contradicts Sergeant-at-Arms Paul Irving’s account where he said that he did not consult Pelosi about the decision.

Pelosi’s spokesperson, Drew Hammill, labeled the claims “baseless” and said that accusing members of something so vile is a “transparently partisan attempt to lay blame on the speaker.” And I couldn’t agree more. This letter is trying to stop the inevitable, and the Republicans know it. There’s no stopping this investigation train. It’s happening. So get your questions ready, bring your receipts, and load up on water to stay extra hydrated. We’re in for a long and bumpy ride in an effort to hold former President Donald J. Trump responsible for his crimes.

INBOX: House Speaker Nancy Pelosi tells House Democrats in a letter, “To protect our security… our next step will be to establish an outside, independent 9/11-type Commission.”

Now that there’s a 9/11 style investigation looking into January 6th, Trump’s co-conspirators like Mo Brooks, John Cornyn and Devin Nunes are trying to hang the blame on Nancy Pelosi. It’s the same old dog and pony show because Republicans are scared shitless.

In Dear Colleague letter, Pelosi reiterates plans to establish a 9/11-style commission to investigate the attacks of Jan. 6 and to approve more emergency cash.

“We must put forth a supplemental appropriation to provide for the safety of Members and the security of the Capitol.”

Pelosi:”For the past few weeks,Gen. Honoré has been assessing our security needs by reviewing what happened on Jan 6 & how we must ensure that it does not happen again..It is clear from his findings & from the impeachment trial that we must get to the truth of how this happened.”