Nancy Pelosi Says Her State of the Union Clapping Wasn’t Sarcastic and Yeah, We Totally Believe Her 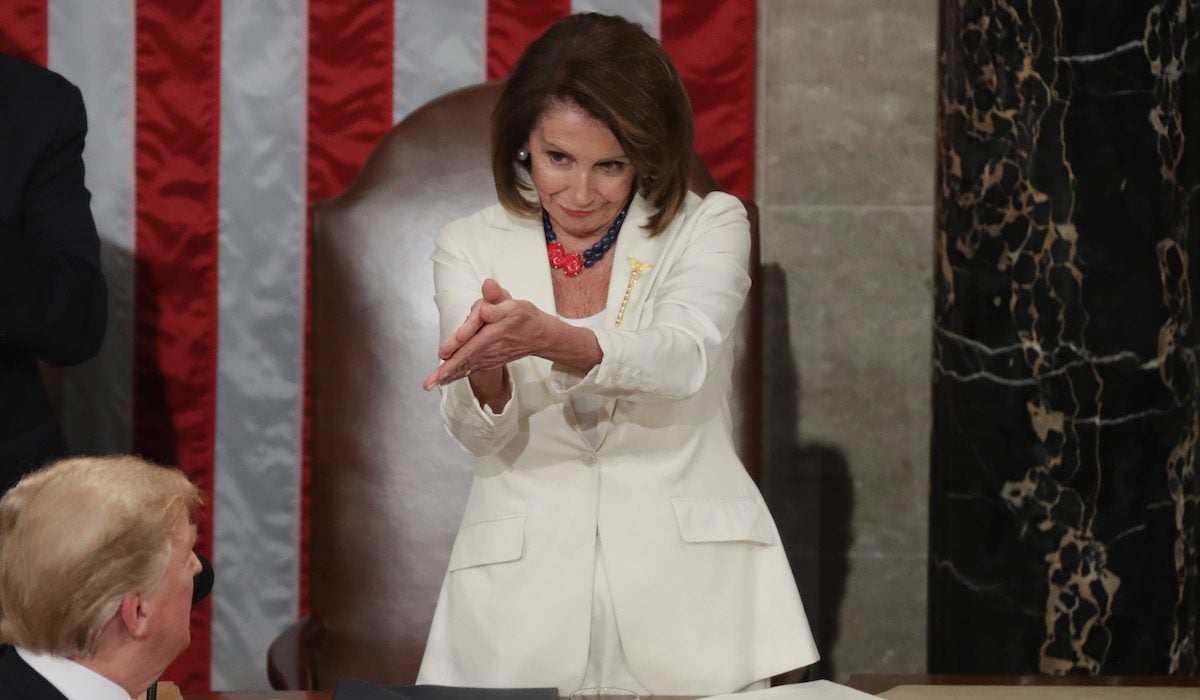 Following Tuesday’s State of the Union Address, Nancy Pelosi’s pointed clapping remains the best thing about the night. When Donald Trump called for both parties to “reject the politics of revenge, resistance, and retribution,” Pelosi stood and applauded in such a way that seemed to send a clear message of Yes, please, let’s do that. After all, revenge, resistance, and retribution are some of Trump’s favorite things.

So when she pursed her lips and clapped with hands that looked like arrows pointed directly at Trump, while also making direct eye contact with him at an event that doesn’t usually see such contact between the President and the Speaker of the House, she looked to be thinking what we were all thinking: That this is like a schoolyard bully calling for an end to wedgies across the playground. What else can you do but nod while inwardly rolling your eyes?

Now, though, Pelosi has insisted that her applause was genuine. “It wasn’t sarcastic,” she told reporters Wednesday night. “Look at what I was applauding. I wanted him to know that it was very welcomed.”

Well, yes, of course, Trump’s call for “cooperation, compromise, and the common good” was welcomed. But it’s still hard to believe that this is the face of a woman who doesn’t see the irony in him being the one to ask for it.

That’s a woman who knows that following the speech, Trump is immediately going to go back to tweeting out attacks on Democrats and self-pitying lamentations over how “unfairly” he’s being treated, which he did.

PRESIDENTIAL HARASSMENT! It should never be allowed to happen again!

Even Pelosi’s own daughter offered some delightful insight into the meaning behind that look.

#waybackwednesday – oh yes that clap took me back to the teen years. She knows. And she knows that you know. And frankly she’s disappointed that you thought this would work. But here’s a clap. #youtriedit pic.twitter.com/vUCX2uAUvv

She wrote, “oh yes that clap took me back to the teen years. She knows. And she knows that you know. And frankly she’s disappointed that you thought this would work. But here’s a clap.”

So sure, the clap may not have been outright sarcastic, but you cannot convince me that it’s not the physical manifestation of the ultra-patronizing “bless your heart” sort of condescension.