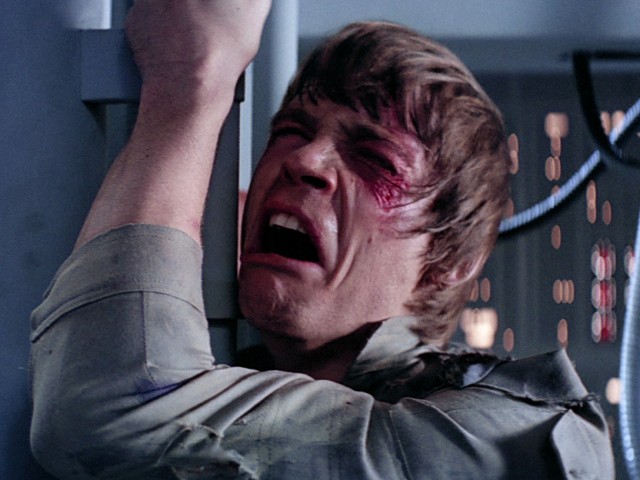 The release of Chuck Wendig’s Star Wars: Aftermath this weekend was the subject of a lot of attention, and not just because Force Friday temporarily dulled our ability to care about anything else. Aftermath also features a new canon gay character, which is big news considering how historically hetero the Star Wars universe has been. 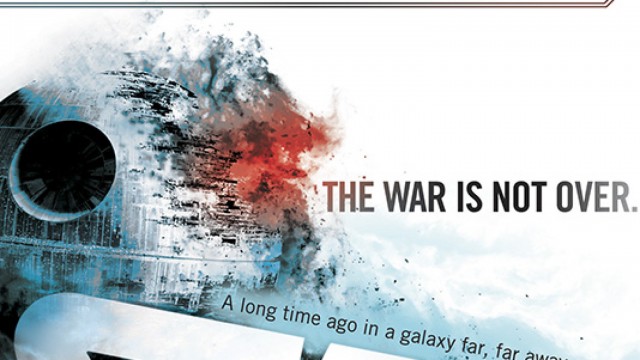 Although Star Wars creators have made huge strides in LGBTQ+ representation lately (another recent novel, Lords of the Sith, featured Imperial officer Moff Delian Mors, a lesbian character rumored to also be making an appearance in Rogue One), a canon gay Star Wars character–particularly a gay hero–is still pretty remarkable.

Wendig has discussed that representation at length in interviews; speaking to Entertainment Weekly, he explained that LucasFilm was incredibly encouraging about his decision to make the new character Sinjir Rath Velus gay:

They have been very gracious and accommodating for that sort of thing, as they should be. The only question in terms of story stuff was, some of the earlier readers of the book were like, well, it’s kind of a shame, because he and that other character actually have some good chemistry. So in some ways it’s like, well, it’s a shame that they’re not getting together

[…] Yeah, there’s more to do there in terms of both their friendship and who he is. I don’t think that his sexuality needs to be this giant plot point, but at the same time, it’s part of who he is as a character, and I thought it was an interesting moment. Especially since you don’t necessarily see it as much – not just in Star Wars but just in science-fiction.

In addition to Velus, Aftermath also features two other canon gay characters; according to EW, “the Rebel fighter Norra Wexley, one of the main characters in Aftermath, has an older sister named Esmelle, who agrees that she and her wife, Shirene, will watch over Norra’s son while she is off fighting.” As a side note, I love that it’s not just main characters that are LGBTQ+ in Aftermath–although it’s obviously exciting to have a gay protagonist, tangential LGBTQ+ characters are a powerful way of depicting the diversity we see in real life and showing that heterosexuality doesn’t have to be the default.

Wendig took to his blog to share responses he’s received to Aftermath; and, not surprisingly, some fans are annoyed by this “new” SJW influence on Star Wars. The article “Wow: New Star Wars character shows how FAR America has fallen” on Allan West’s blog warns:

This new novel by Chuck Wendig is being praised under the ‘diversity’ banner. Now I’m all for diversity, but how diverse are we really getting?

It seems like everyone is jumping on the Caitlyn Jenner bandwagon. Is there all of a sudden way more LGBT people in our population than we once thought? Is this really about diversity, or is it more about forcing a story line and lifestyle down our throats?

[…] The thing that bothers me the most is groups trying to make me accept a sexual proclivity. News flash: no one wants to know who you’re sleeping with, straight or gay.

Wendig notes that the book has also “collected an astonishing number of one-star reviews”  on Amazon, and although he says that some of these are probably just due to people disliking his writing style, Michael Patrick Hicks writes on his blog that some may be the result of “a Facebook group called The Alliance to Preserve The Expanded Universe that has launched a “raid” against this book, hence all the 1-star reviews cluttering up the Amazon product page.”

Not surprisingly, many of the negative reviews also take issue with Wendig’s “pandering” to the LGBTQ+ community. Jim C. Hines has compiled links to reviews that criticize Aftermath for being a “propaganda piece by a SJW progressive intent on sending a message about his brand of politics,” over-endorsing “alternative lifestyles,” and forcing diversity on its readers:

This book includes 3 gay characters that feel so forced into the story. Disney is stuffing diversity down our throats and it’s taking me out of my suspension of believe because it feels forced. I myself am a minority but when I read star Wars I don’t want to be thinking about racial consciousness or sexual idenitity. I also don’t like the inclusion of so many gay charcters becuase my personal opinion is that homosexuality is not normal; sodomy is not normal and I am tired of the liberal media trying to make me accept this lifestyle.

To the bigoted haters, Wendig has this to say:

And if you’re upset because I put gay characters and a gay protagonist in the book, I got nothing for you. Sorry, you squawking saurian — meteor’s coming. And it’s a fabulously gay Nyan Cat meteor with a rainbow trailing behind it and your mode of thought will be extinct. You’re not the Rebel Alliance. You’re not the good guys. You’re the fucking Empire, man. You’re the shitty, oppressive, totalitarian Empire. If you can imagine a world where Luke Skywalker would be irritated that there were gay people around him, you completely missed the point of Star Wars. It’s like trying to picture Jesus kicking lepers in the throat instead of curing them. Stop being the Empire. Join the Rebel Alliance. We have love and inclusion and great music and cute droids.

(By the way, the book also has an older woman, a mother, rescuing a man. So if that bothers you, you might wanna find a bunker for hunkering down. And I dunno if you noticed, but the three new protagonists of the movie consist of a woman, a black man, a Latino man. The bad guys all look like white guys, too. So many meteors. So little time to squawk at them.)