In the not-too-distant future, we could be watching Mystery Science Theater 3000 again—with new episodes, anyway. We know all know we never really stopped watching the old ones. Series creator Joel Hodgson has put a revival on Kickstarter. It’s up to you (us), Internet!

Mocking bad (or good, who cares?) movies didn’t really end when MST3K was canceled. RiffTrax, made up of MST alums, has been going strong, and Hodgson himself has gone on to riff movies in Cinematic Titanic, but we still miss the theater seat silhouette-and-robot format. Now’s our chance to get it back!

Of course, with former star Mike Nelson and company now doing their own thing, it’s going to be strange to see where the show goes next. Though Joel hosted the show first, most viewers are probably more familiar with Nelson’s run on the series, so we’ll have to wait and see how the new episodes deal with the cast change. The new host hasn’t been named yet.

Here’s how the episode count will break down in terms of cash raised, with $2,000,000 as the minimum: 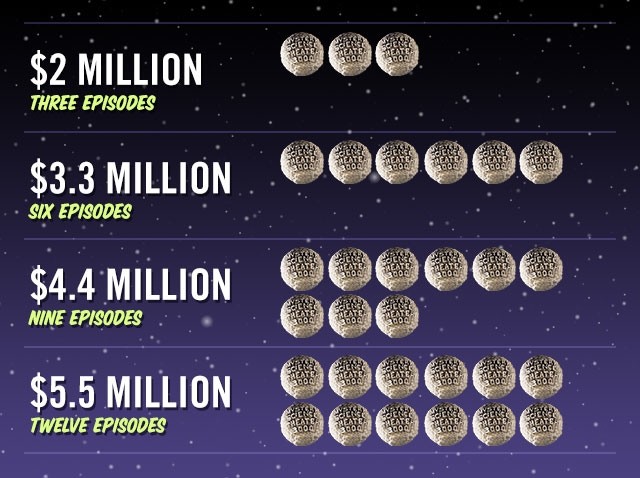 Of course, the Kickstarter campaign has all the nifty backer rewards you’d expect, including appearances on the new show! If you’ve been waiting for years for this show to return, it’s time to get to work—Hodgson can only do it with the help of his Internet friends.