This Week In Space: Mysterious X-Rays From Uranus and … Why Are You Laughing?! 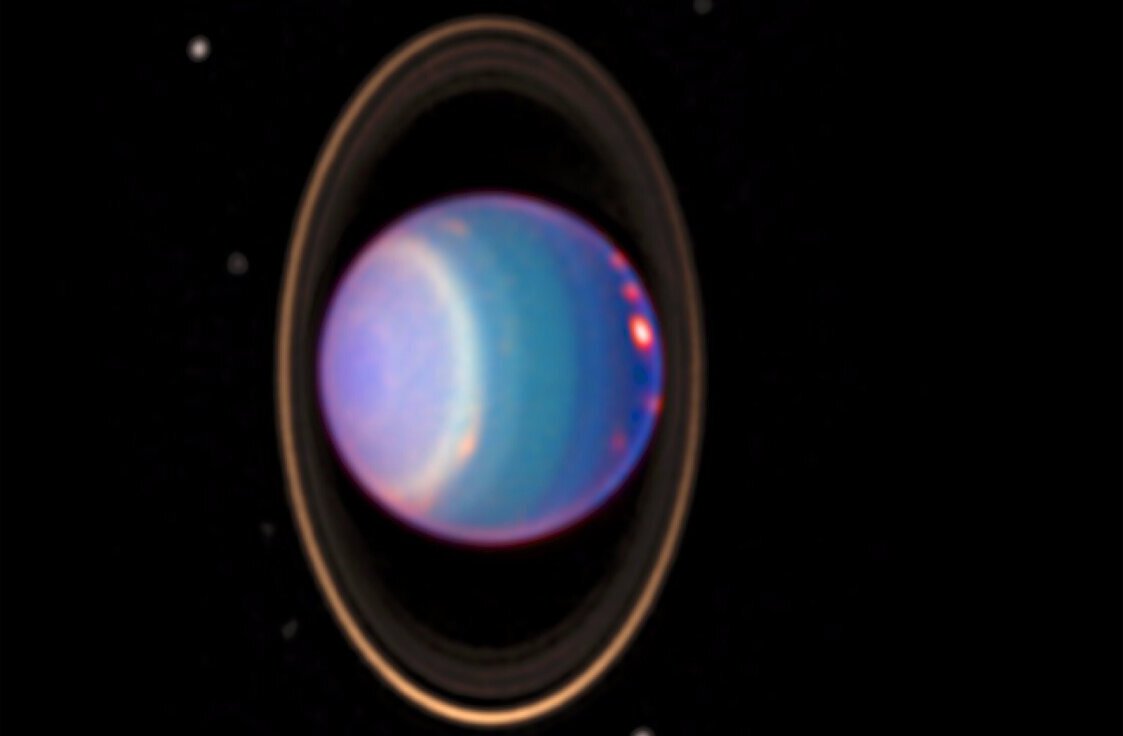 Listen, I know this news sounds like it’s an April Fool’s joke but seriously. Scientists have discovered something new coming from Uranus. Wait. No. Okay: Uranus is emitting x-rays and it’s … you know what? Just laugh. Just get it out and then we can get to some good science. Because this is actually a really interesting discovery and reminds us how little we know about Uranus.

Earth scientists have made very few close studies of the seventh planet in the solar system. The only time we’ve come close was with Voyager 2. Otherwise, we need to use instruments close to Earth to study the planet, like the Hubble space telescope or, in the case of this new discovery, the Chandra X-Ray Observatory. Chandra is, like Hubble, in orbit and is, according to NASA, “the world’s most powerful X-ray telescope. It has eight-times greater resolution and is able to detect sources more than 20-times fainter than any previous X-ray telescope.”

NASA reports that in a new study, data from Chandra’s observations of Uranus in 2002 and 2017 show x-rays coming from the planet, which is also new. We’ve never detected x-rays from this planet before, given how little we’ve been able to observe it, and so the potential for x-rays on Uranus is important. This research was published in the Journal of Geophysical Research.

Before we talk about how these were discovered and what it could mean, we need to talk about x-rays in general. Why do we care about x-rays and why is there an entire observatory out there in orbit studying them? Well, it’s complicated, but to simplify this down to its most basic elements, x-rays are generated by things with lots of energy and heat, like stars. Watching how x-rays move and how they interact with things like gases and atmospheres and even dead stars and black holes tells us a lot about space. They’re really important for studying the cosmos.

Now, back to the planet that was almost named George. Scientists determined there were x-rays coming from Uranus by comparing different images of the planet and found a lot more x-rays than they might have expected. Where are they coming from then? NASA says that a lot of the waves could simply be reflected/scattered x-rays from the sun, which is something we find on Saturn and Jupiter. But it’s also possible that some are being generated by the planet and the auroras there. And because Uranus rotates on its side, the auroras there might be really complex.

For this next part, I’m just going to let NASA explain this:

Uranus is an especially interesting target for X-ray observations because of the unusual orientations of its spin axis and its magnetic field. While the rotation and magnetic field axes of the other planets of the solar system are almost perpendicular to the plane of their orbit, the rotation axis of Uranus is nearly parallel to its path around the Sun. Furthermore, while Uranus is tilted on its side, its magnetic field is tilted by a different amount, and offset from the planet’s center. This may cause its auroras to be unusually complex and variable. Determining the sources of the X-rays from Uranus could help astronomers better understand how more exotic objects in space, such as growing black holes and neutron stars, emit X-rays.

So, x-rays from Uranus! It sounds silly but it’s really cool and definitely not an April Fools’ prank!

Here’s some other fun news from the stars for the week:

Keep looking to the stars!