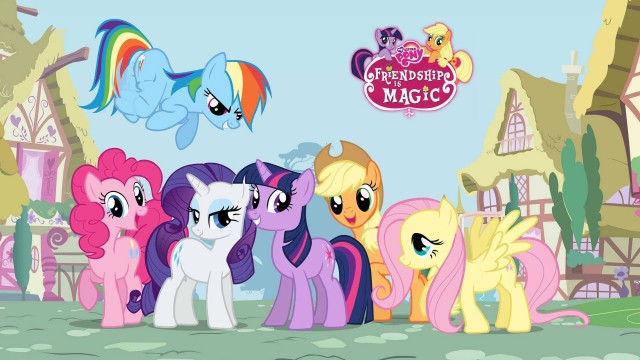 It’s been nearly thirty years since My Little Pony graced a wide-spread theatrical release. And I should know, because it happened the year I was born.

But Hasbro’s hoofiest franchise is returning to theaters just a hair ahead of its 35th anniversary, with the toymaker’s production studio promising a feature film in 2017. The 2013 release of My Little Pony: Equestria Girls was accompanied by a limited release to theaters in some cities, but this time, says Hasbro, they’re looking to get the movie “on the broadest possible number of screens.” It’ll be the second film made through the company’s Allspark Pictures, after, you may remember, Jem and the Holograms.

This as yet untitled My Little Pony film already has a writer in Joe Ballarini, veteran of Ice Age: Continental Drift, and veteran producer and writer for My Little Pony: Friendship is Magic. Megan McCarthy, is on board to co-executive produce. Says Hasbro president Steven Davis,

“We have a lot of experience working on this particular brand,” and when it comes to producing the animation, technology has brought down costs to a level where it doesn’t need to spend $100 million or more to make the film. Hasbro declined to disclose the budget on the “Pony” pic.

While its not confirmed, I think it’s likely that if Megan McCarthy is involved and Hasbro’s talking about animation, we’re looking at a feature film featuring the My Little Pony: Friendship is Magic iteration of the franchise that viewers have grown to know and love since 2010.

(Variety via The Escapist)