Everything About MTV’s Ghosted: Love Gone Missing, Which Tracks Down People Who “Ghost,” Is a Terrible Idea 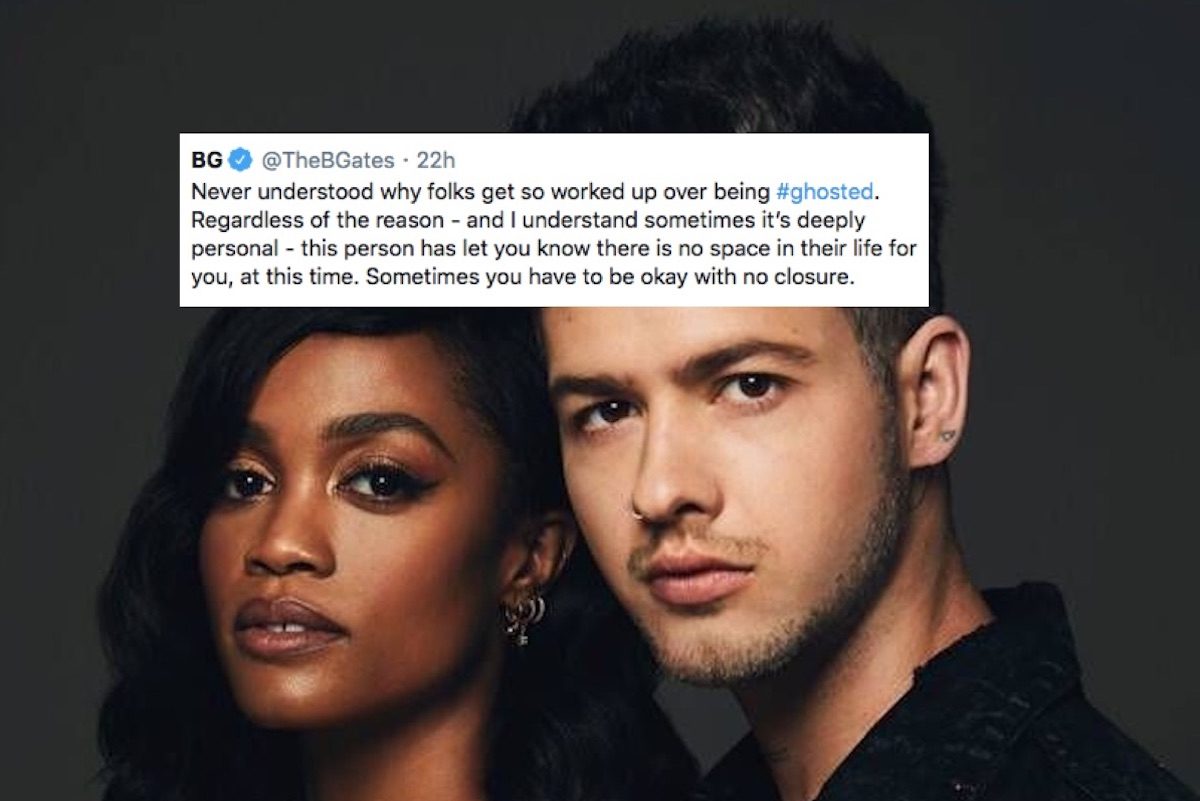 A dramatic trailer for MTV’s upcoming show Ghosted: Love Gone Missing hit the Internet, prompting an excited reaction from some viewers on social media while also sparking instant backlash. Many are accusing the show of normalizing stalking, as it seems to promote an unsettling central concept. No matter what you think of “ghosting,” in no universe should “ghosts” be tracked down and made to explain themselves for an audience of millions.

Rumor has it something might be happening on @MTV tonight at 9pm 👻 pic.twitter.com/cB3SUtm4Aq

Let’s get one thing out of the way first. A great deal of “reality” television is just as planned as any traditional TV show. Even when the situations depicted are genuine, there is almost always a pre-production element that guarantees any “surprise” appearance has been mitigated by the need to sign legal wavers beforehand. Post-production editing can also dramatically alter the “narrative.”

While the suggestion of realism draws us to the genre, hopefully we keep in mind that we, like the participants and the situations they’re in, are being manipulated. That said, a good deal of viewers may never consider the extent to how the sausage is made, and reality shows can make an enormous impact on pop and greater culture.

Hosted by The Bachelorette veteran Rachel Lindsay and artist Travis Mills, MTV’s Ghosted: Love Gone Missing is a new docu-series that follows the same premise as Catfish, an established MTV hit. The new series features the hosts helping distraught individuals track down and confront former lovers, family members or friends, all in an effort to get to the bottom of why these people suddenly disappeared.

Before we get entirely up in arms, as writer Alicia Lutes highlights, anyone appearing on Ghosted will have signed that waver in advance giving MTV their explicit permission to be on the show.

Yeah see both parties would 1,000% have to agree and sign shit ahead of time, ala Catfish, so the show’s entire conceit is basically bullshit. Just like Catfish, lolol

While the “confrontations” that we’ll see play out will no doubt be fraught with some real emotion, no one is being ambushed out of nowhere. That’s all for the cameras.

However, the problem with Ghosted isn’t the set-up that eventually makes it onscreen, but the basic principle here. While it no doubt hurts to be ghosted—the abrupt lack of communication from a romantic partner, a friend, or a family member is certainly difficult—what can never be assumed is the other side of the story.

As many on Twitter have been discussing, especially in romantic relationships, “ghosting” can be necessary in order to escape from trying or abusive situations. Sometimes it’s a reaction to people being aggressively familiar soon after first making contact. Regardless of why it happens, it shouldn’t be subject to trial by reality TV.

This is frankly the worst premise for a show imaginable. Simply awful. There’s a reason (good or bad) someone ghosts: they don’t want you in their life. That’s not a cue to stalk them (with the help of MTV!) to get answers. You won’t get any. Move on and live your life. #Ghosted

Everyone I #Ghosted was because they are toxic and were harmful to me. If @MTV gives someone I didn’t want around me , access to me, I’m fighting the cameraman and the producers. https://t.co/TyY6T3oNHO

That #Ghosted show reminds me why I’m not on dating apps anymore. I had guys make MULTIPLE accounts just to talk to me once I block them to ask “why did you block me?” So fucking creepy. Take a clear hint, buddy.

Could you imagine someone leaving behind a toxic relationship/friendship, healing, and then an MTV camera crew shows up in your face with that person. That would be super traumatizing for a lot of people

Make no mistake about it: the idea of MTV, Ghosted’s hosts, and their camera crew normalizing the idea that people who “ghost” deserve to be found, confronted, and made to explain themselves is as troubling as it is dangerous.

This isn’t a show about reuniting long-lost friends or lovers who just couldn’t find each other on, say, social media. (That might be heartwarming!) This is a situation where one of the parties has made the decision, their own decision, to distance themselves from the other party.

“Publicly tracking down the person who ghosted you” is a weird way to say stalking. It’s stalking. https://t.co/qn0Fe059ZV

Even if the people who end up appearing on Ghosted have, for whatever reason, given their permission to do so, the show has a wider impact by “romanticizing stalking,” which is emerging as a foremost criticism. The implicit suggestion that those who were Ghosted deserve to have an explanation for why contact was severed, so much so that a whole production is designed around it, is no kind of message to send to MTV’s youthful audience. It’s irresponsible and has the potential to set a harmful precedent: after all. MTV is saying it’s okay to track down your “ghost” by any means necessary. Will they also be demonstrating some of the techniques used to find and contact those who don’t wish to be found?

How this show was greenlit is absolutely mind-boggling.

If you’re the kind of person who tracks down someone that ghosted you, you’re the reason people feel the need to ghost to protect themselves in the first place. pic.twitter.com/XDedEThIbC