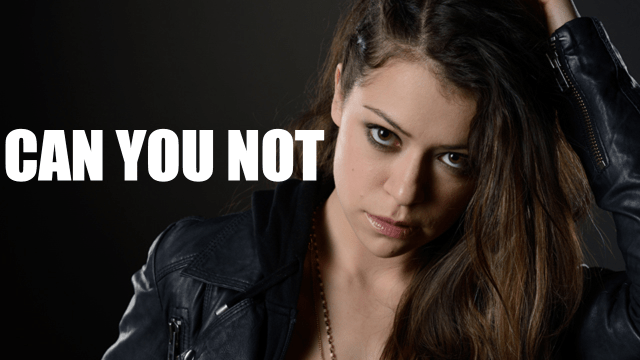 A few weeks ago, we voiced our initial horror when we found out that mtvU would be bringing the “Fandom Awards” to San Diego Comic-Con. You can vote online right now for things like “Ship of the Year,” and “Best Fandom Forever.” The awards will be doled out at an SDCC event featuring Linkin Park, which the network will then air three days later. From the mtvU website, here’s their description of a thing that will actually be broadcast on national television:

The first-ever mtvU Fandom Awards will honor diehard fangirls and fanboys as well as their favorite shows and movies in a 60-minute special worthy of big-time feels. With a performance from multi-platinum rock band Linkin Park as well as surprises that will set fandom hearts a-flutter, this will be a series finale status can’t-miss event. So tear yourself away from drooling over your favorite OTPs and binge-watching Teen Wolf to watch it on Sunday, July 27 at 8 pm ET/PT!

First of all – can we agree that major corporate figures need to stop appropriating Tumblr slang like “feels” and “OTPs” in order to make themselves seem relevant and super with-it? Did we learn nothing from this moment at E3?

But beyond that, listen; here’s my deal. The fact that fangirls are getting recognition for their talents and devotion from mainstream media is great; but, I just can’t help but feel like it’s happening in a way that’s still super degrading towards fan culture. By creating a live broadcast contest WHICH necessitates competition between fandoms, it proves that, on the whole, mass media still imagines fangirls as crazy, rabid, petulant children who spend their days arguing with each other on the internet over which TV show has the characters with the hotter abs.

Let’s be honest with ourselves: the mtvU “Fandom Awards” encourage completely unnecessary hostility between fandoms – and between the actual, real people who comprise each fandom. Fangirls who might normally spend their time creating art, making YouTube vids, RPing their faves, or even just re-marathoning a show are now being asked to instead use that energy to fight against other fans across the globe. And to what end? For some contest the people at mtvU dreamed up to capitalize on the power of the fangirl?

Because that’s really not the point of being a fangirl. Whether you’re a Fannibal, a devoted Shakarian shipper, or great at writing Wincest fic (I don’t judge) , fandom-friendly environments like Tumblr allow fangirls to find a community of like-minded individuals; to share and receive praise for their incredible fanart, fanfic, and cosplay; to make friends from all over the world; to feel supported, happy, loved, and included. And these fandoms as communities can do some amazing things. Take, for example, the “Best Fandom Feat” category, which highlights several amazing and positive uses of the power of fandom from this past year, including:

Are you reading this with me, guys? Fandoms raised tons of money for charitable organizations, kept their favorite actors (and countless crew members) employed by petitioning for more seasons of television, and Kickstarted a (mostly) dead franchise back to life. That’s all crazy amazing stuff. So why would anyone want to say “we have to pick which one of these was best and make everyone on the internet fight over it?” Why can’t we just pat each other on the backs and say, “Wow, fandoms. You all did great in 2013. Keep up the awesome work.”

Here’s a thought:  if individual fandoms could do that much good in a year, imagine the power we could harness if we all worked together? mtvU wants to pit us against each other, creating the kind of nasty infighting we should all aim to leave behind us after middle school. We all love things. We are all passionate, talented, wonderful, devoted people who spend our time and energy caring about media that has a significant impact on our lives.

Screw the mtvU Fandom Awards, guys. Let’s all be friends. It’s the way fandom should be.