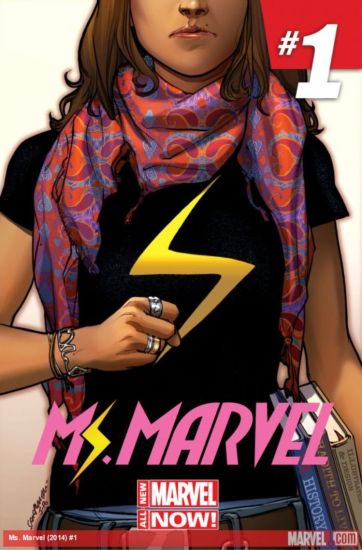 This is the cover to Ms. Marvel #1, an upcoming new series (with an old title) featuring the adventures of Muslim, shapeshifting teen Kamala Khan, Carol Danvers’ biggest fan. Under the direction of Kelly Sue DeConnick, We Love Fine is now selling the shirt Kamala is wearing in the cover of her first issue in men and women’s sizes, and a portion of the proceeds will be going to the Girls Leadership Institute!