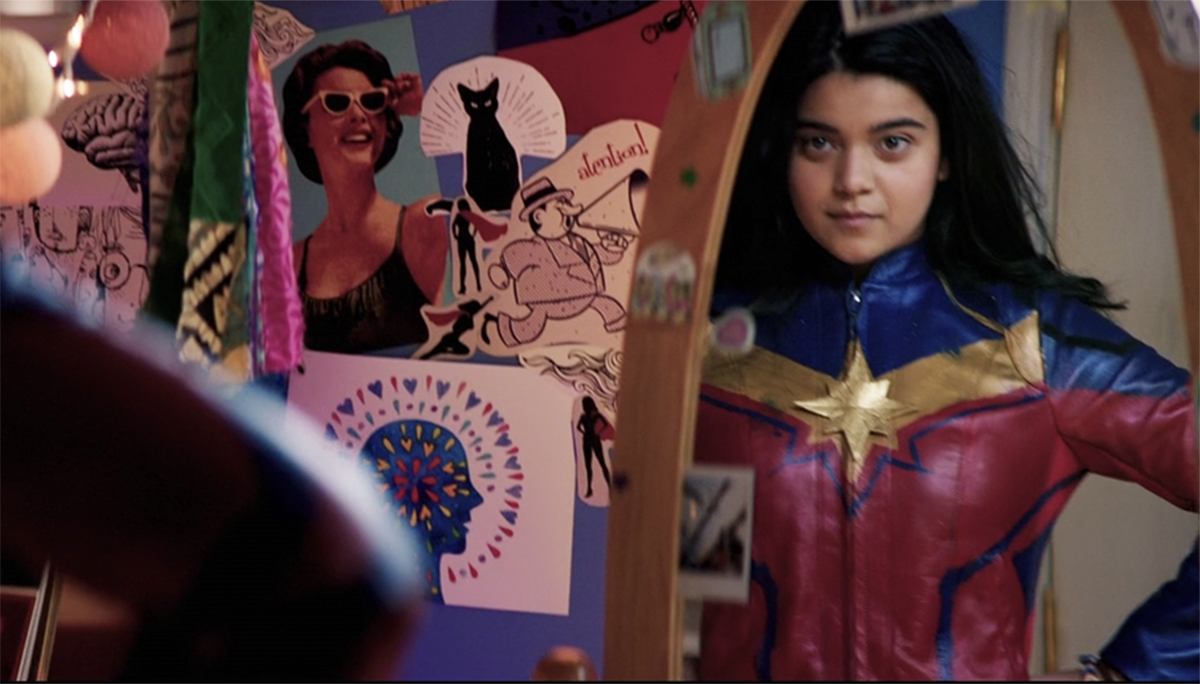 Disney+ Day has given us a wide range of things to talk about from the Mouse. A big portion of the day has gone to the upcoming slate of Marvel shows on Disney+ and we truly have been gifted with amazing content coming our way from Marvel, including the upcoming Ms. Marvel series. Starring Iman Vellani as Kamala Khan, we got some new footage from the show that gives us some insight into where we can expect to see Kamala Khan go!

Kamala is a Muslim Pakistani-American from New Jersey and she’s hilarious and wonderful and having her in the Marvel Cinematic Universe is a treat to us all. (Honestly, I’m waiting for Kamala and Riri Williams to meet and hang out so I can truly combust with joy.)

But in the teaser, we can see that Ms. Marvel is going to be an exploration of Kamala’s powers and her journey into being the hero we know and love from the comics. And Kamala’s powers are pretty incredible. Not only can she elongate herself but she also has the power of accelerated healing, size alteration, appearance alteration, and more.

Essentially, Kamala Khan is an absolute badass who also is obsessed with Captain Marvel. So you know, extremely relatable.

What the Marvel Cinematic Universe hasn’t really done in a while is a good ole fashioned origin story in the same vein as the Sam Raimi Spider-Man movies. And that’s the instant vibe I get from the footage we have of Ms. Marvel, which is incredibly exciting. Especially since Kamala is so young (she’s roughly the same age as MCU Peter Parker and I do hope they become friends). While we do know that she’s going to be in the upcoming The Marvels, we still haven’t met her yet (we did just meet adult Monica Rambeau though in WandaVision).

And getting to see Carol Danvers and Monica Rambeau with Kamala Khan feels like a weird dream come true for fans of the Marvel Cinematic Universe. These characters have been fan favorites in the comic world for quite some time and it has been a long journey to see them in live-action form but this first look of Ms. Marvel is making me incredibly excited for the future of Kamala Khan and the world she’s bringing to the Marvel Cinematic Universe.

And for our own benefit and joy, here is Loki, Zemo, and Kamala all dancing from the Disney+ Day special:

You can see the full teaser on Disney+ under the Marvel tab. The Marvel Studios’ 2021 Disney+ Day Special has given us amazing first looks at the upcoming slate of Marvel shows and we can’t wait to finally meet Kamala Khan in live-action!