Motion Picture Academy Expels Harvey Weinstein, But What About All the Other Predators in the Industry? 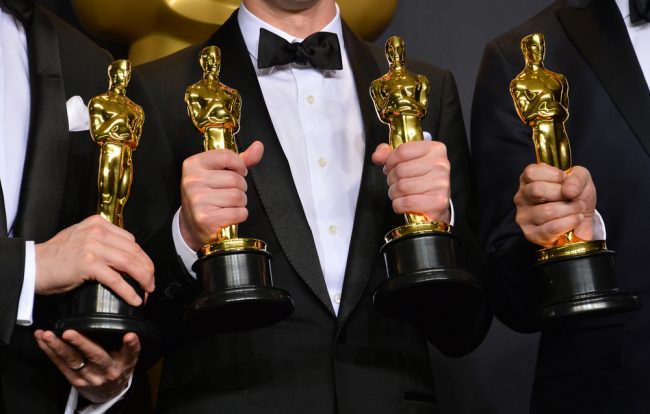 The Academy of Motion Picture Arts and Sciences has officially expelled Harvey Weinstein from its ranks, after an emergency meeting on the issue was called for this weekend. Expulsion requires the approval of a two-thirds majority of those present for the vote; in their statement, the Academy said they had “well in excess” of the votes required.

The Academy also continued their statement, writing, “We do so not simply to separate ourselves from someone who does not merit the respect of his colleagues, but also to send a message that the era of willful ignorance and shameful complicity in sexually predatory behavior and workplace harassment in our industry is over.”

This is all solid forward progress. The Academy imposed actual consequences for his behavior on a powerful, wealthy man. That’s important, and I hope it helps the women who were brave enough to speak out against him to heal and feel safer in an industry that’s failed them.

However, no changes to the Academy’s constitution or vetting processes were announced. Roman Polanski, who was charged with raping and drugging a 13-year-old, and pled guilty to statutory rape, retains his membership. Bill Cosby, who will be retried for sexual assault and who has been accused by more than 50 women, also retains their membership. And while logistics certainly play a part in this failing – this was an emergency meeting, called in response to accusations against a specific individual – a truly vigorous response to Hollywood’s epidemic of sexual assault requires far more than a one-time, one-man membership revocation.

It requires system change, and that takes more than one meeting. We know that Weinstein is hardly alone in being a serial sexual harasser. Hell, the entire movie industry is hardly alone in having a sexual harassment and assault problem. Comics has it. Music has it. The Supreme Court has it. The goddamn White House has it. Women of every industry shared horror stories on Twitter, asking, “When did you meet YOUR Harvey Weinstein?” This certainly isn’t an issue I expect the Academy to solve on their own.

However, if we’re going to stop the Weinsteins of the future from exploiting the same systems of enablement and protection, we don’t just have to shame and ostracize the men who’ve used them in the past. We have to get rid of those systems.

Going forward, I hope the Academy establishes an action plan, as they did after April Reign kicked off #OscarsSoWhite to protest its lack of diversity. Those efforts certainly haven’t been perfect, and we’ll see how effective they’ve been come awards season, but they resulted in concrete changes that addressed the issue on an Academy-wide level. In 2016, 46% of the Academy inductees were women (compared to 22% for 2015), and 41% were people of color (compared to 25% in 2015). This proves that the Academy can take meaningful action when it wants to.

The expulsion of Harvey Weinstein is a great first step, but I won’t buy the Academy’s promise that “shameful complicity in sexually predatory behavior…is over” until I see system change. Here’s hoping they’re drafting that resolution, preparing themselves for how to deal with members who are accused of harassment and abuse in the future, right now.