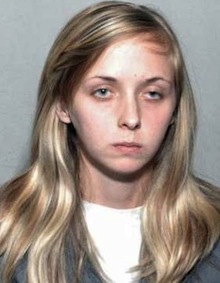 Just an awful story coming out of Jacksonville, Florida: A woman named Alexandra V. Tobias has pled guilty to second-degree murder after killing her baby for interrupting her game of FarmVille with its cries.

The Florida Times-Union reports that Tobias, age 22, became angered when her 3-month old child, Dylan Lee Edmondson, cried when she was trying to play the Facebook-based social game.

“Tobias told investigators that she shook the baby, smoked a cigarette to compose herself and then shook him again. She said the baby may have hit his head during the shaking.”

Tobias’ crime could leave her with a sentence of life in prison; Florida’s state guidelines call for 25 to 50 years, however. Her sentencing hearing is scheduled for December.