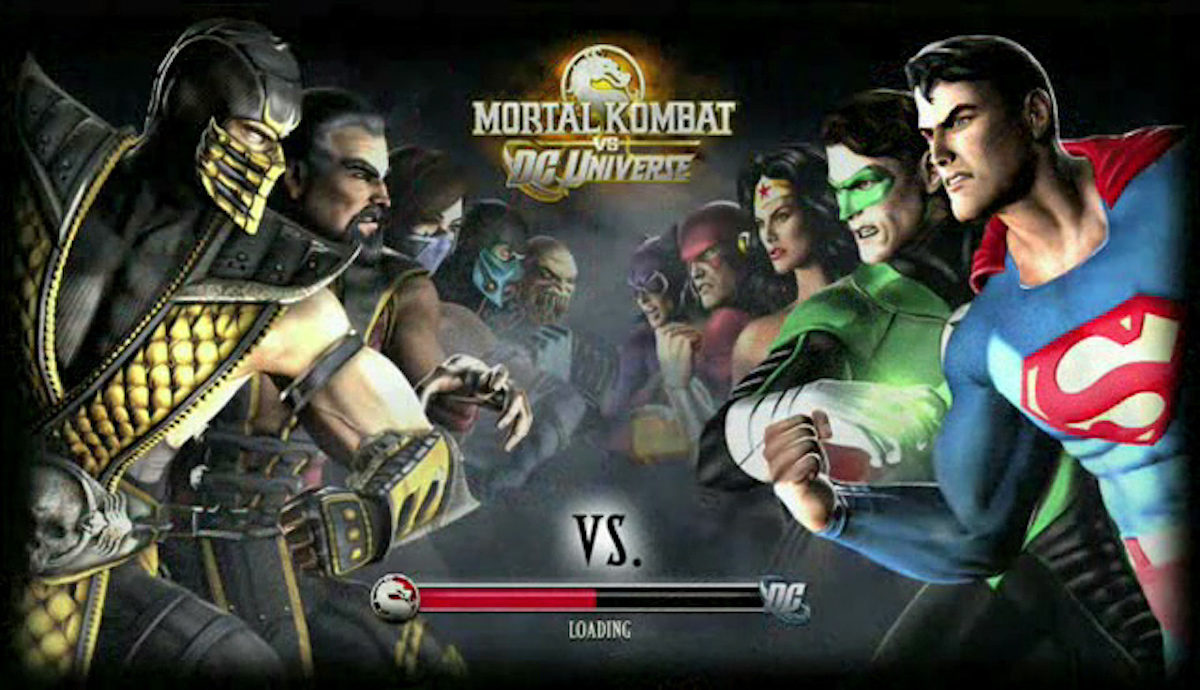 With the Mortal Kombat franchise now on its 11th installment this year, one of those many franchise entries, Mortal Kombat vs. DC Universe has not been remembered fondly, and in fairness, it isn’t difficult to see why. The action is somewhat muted for a Mortal Kombat game, it’s infamously lacking in extra content, and its arrival heralded the end of series publisher Midway Games. However, while this reputation is understandable, it is not deserved. Not only that, but the game may have even ensured that the more recent Mortal Kombat installments came into being at all.

What it did have was a story mode.

Today the story mode of any Mortal Kombat game is one of its key selling points. Mortal Kombat 11′s story even got its own trailer, separate from the one designed to promote the game’s combat mechanics. Mortal Kombat, the reboot that was released in 2011, is often pointed to as the reason for this, but such credit ignores that it was building on the changes made by the unfairly maligned crossover that preceded it.

Mortal Kombat vs. DC Universe was the first game to back away from treating its story mode as an offshoot or a simple matter of post-arcade mode cutscenes. Instead, the crossover made the story mode a focus on its own. Suddenly, the story was fleshed out, with multiple characters having their turn in the spotlight, fan favorites interacting, and leading up to the grand finale in which the heroes unite to take down a common enemy. This formula proved to be so successful that it remains relatively unchanged to this day. The only deviation from it has been the addition of multiple endings, which made their debut in Injustice 2 and returned in Mortal Kombat 11.

The reinvigoration to the franchises’ story is not the only way in which Mortal Kombat (2011) took credit for the foundation laid by the game that came directly before it. The other major improvement that Mortal Kombat’s battle with DC brought about was in the combat mechanics themselves.

Mortal Kombat: Deadly Alliance brought 3D fighting to the series. Mortal Kombat vs. DC Universe took the action back to its 2D roots for the first time since Mortal Kombat 4. While the crossover was lacking a dimension, it had a fluidity to its combat that had been missing from the franchise for years.

According to Midway, Mortal Kombat vs. DC Universe was one of the company’s most commercially successful games in years. However, that wasn’t enough to save the publisher, and it closed in 2010.

This could have very easily left the Mortal Kombat franchise without a home. However, it was very quickly snapped up by Warner Bros., the owner of DC Comics. In the end, the franchise was saved by the owner of the company it had just crossed over with.

Of all the contributions that the eighth installment made to the future success of its sequels, its biggest might be introducing its franchise to the company that would go on to make sure that said franchise continued to exist at all.

The partnership between Warner Bros. and Mortal Kombat is not a perfect one. It has led to some very exploitative micro transactions (such as the option to pay for easy fatalities), but it’s thanks to this partnership that fans got to play Mortal Kombat in 2011. Who knows what would have happened to the series had it not had a home to go to so quickly and easily after its publisher was forced to shut down?

The continuation of Mortal Kombat wasn’t the only fruit born of this partnership. The hit superhero fighter Injustice: Gods Among Us only came about thanks to Warner Bros. setting up Netherrealm Studios so that it could continue to create fighting games, and without that game, there are a bunch of comics that never would have been conceived of, much less published, for fans to enjoy. The extensive five-year comics run of Injustice Gods: Among Us, and the crossover between Injustice and He-Man, are just two examples of stories that never would have happened without Mortal Kombat vs. DC Universe.

Mortal Kombat vs. DC Universe is not a perfect game; there’s a lot working against it. A lot of what it offers its franchise lies behind the scenes, and it has been overshadowed by the arguably better games that followed. However, it’s still an important title for the franchise. Not only did it give its developers the space to hone their craft, but it ensured that they would have a place to keep working on more, better fighting games.

It’s the unsung hero of its franchise, and it deserves to be recognized for what it did, even if that was only to lay the foundation for better titles to be built upon. I’m not expecting to change anyone’s mind on whether or not it’s a good game, but no matter what the common wisdom may be, this game earned its official spot as the eighth game in the franchise (Mortal Kombat 11’s numbering only makes sense if you include the crossover as game #8).