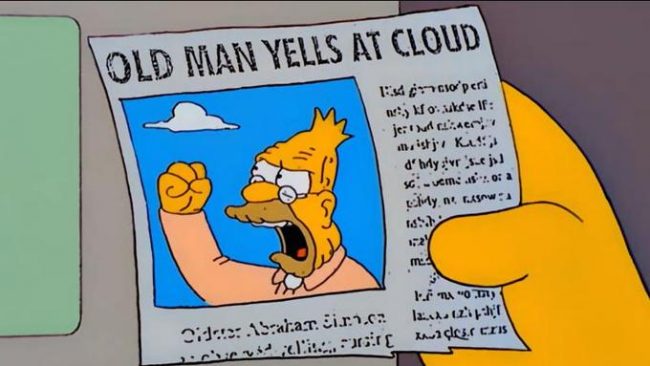 Over the last few months, MSNBC’s Morning Joe hosts Joe Scarborough and Mika Brzezinski have become central figures in the acrimonious war between Trump and the media. Just today, Scarborough said that the words coming out of Kellyanne Conway’s mouth are “so stupid that they make my teeth hurt.” Brzezinski identifies as a Democrat, while Scarborough is a former GOP representative, although he recently declared he was leaving the Republican Party and registering as an Independent.

Here’s how it started:

Our smartphone culture impacts young men in the most profound way. It is often younger women who suffer the most. https://t.co/cagBUD9rUE

Okay, compared to where we’re going, this tweet seems pretty banal. But that “article” he links to there is complete horseshit. The entire thing is just a letter to an author from a 23-year-old man. He starts off by talking about how he sees his peers displaying a “strong tendency to identify as in some way preferring isolation from other people.” And you know what? That may be true. Of course, I wouldn’t take this one young American Conservative reader’s anecdotal observation as any sort of actual proof. But if (if) young people are socially isolated, that problem is not unique to this generation. At least, not if you look at actual studies, like this one from the AARP that finds 1/3 of people over 45 are categorized as lonely.

First, guy, clutching your pearls and wanting to SAVE ALL THE WOMEN from the evil sexual men does not make you a good or nice guy. Second, stop diagnosing the mental states of people around you. Third, what are the porn-watching habits of the women who, according to Joe, “suffer the most” from pornography and “smartphone culture”? Oh right, you don’t know because all your evidence comes from a couple of gender-divided church meetings.

It’s bad enough for an outlet to publish this drivel but for Scarborough to then propagate it on Twitter is disgusting.

Young men in the 1940s liberated Europe from Nazism and the Pacific from the Japanese Empire. Today, too many stay home playing video games. https://t.co/e7FTe0O20P

Yes, a middle aged man who never served in the military, and who works in television and has nearly 40,000 tweets to his name, thinks the problem with young men today is that they’re playing video games instead of fighting Nazis.

Plenty of people were quick to point out the ignorance of the comparison between going to war and playing video games, as if they’re mutually exclusive.

Also, is he really saying he would prefer it if we were to institute the draft and send young people off to war in huge numbers?

love when these National Greatness conservatives pine for the old days when millions of young people got killed https://t.co/P2R8fB3nSW

I actually prefer to live in a world where the young can play games rather than die in wars. But that's just me. https://t.co/bbNIOREB5s

He insists that’s not what he was saying. As if he can pine for those good ol’ days when men built character by going to war while simultaneously ignoring the negative realities of war.

Actually, go on my Twitter mentions and you will be flooded with dumber, hotter takes suggesting I want millions to die in warfare. https://t.co/nF6Oe04iCQ

Middle-aged man who never fought in or enlisted in the military wishing that young men might have the chance to be killed in battle. https://t.co/cH1wdPBALD

I don't know where @JoeNBC has been. Plenty of young men are still out there fighting Nazis. https://t.co/bL1C45LR5i

After fighting with his followers for a while, Scarborough decided he was going to follow his own advice and get some sun. (Does he think that’s the same as war?)

The stupidity of these responses suggest an ignorance of current trends and the need to get out in the sun…which I am going to do now.😀 https://t.co/ohluLxirwS

Which he did for 12 whole minutes, which is how long it took for him to get back on Twitter.