If There’s One Thing We Can Say About Trump, He Sure Does Know How to Boost a Show’s Ratings 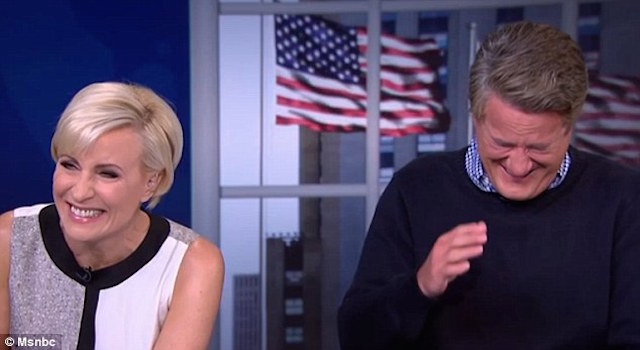 Donald Trump has a few consistent point of attacks when he’s in the mood to, as his wife has troublingly put it, “punch back ten times harder.” He loves to attack appearance, slut shame, make accusations of dishonesty, and of course, the old standby, insult ratings. He’s done this with the (“failing”) New York Times, Arnold Swarzenneger, and, most recently, MSNBC’s Morning Joe. In addition to calling host Mika Brzezinski “low I.Q. Crazy,” “very dumb,” “dumb as a rock,” “very insecure,” and also stating she was “bleeding badly from a face-lift” at his New Year’s Eve Party, he’s felt the need to tear her down by stating her show’s ratings were “low rated.”

That statement is in direct opposition with actual ratings reports, which prior to Trump’s tweet attack, were already at an all-time high. And just as the Times benefitted from a substantial “Trump Bump,” gaining 276,000 new subscribers after Trump’s election, in spite of (or, realistically, because of) his constant criticism and name-calling, Morning Joe got a sizeable bump of their own.

The day after Trump’s “face-lift” attack, the show’s ratings increased by almost SEVENTY PERCENT, up from just under a million viewers to 1.66 million.

Wow, he sure showed them. Any time Trump wants to come after the “failing” Mary Sue, we’ll welcome him heartily.