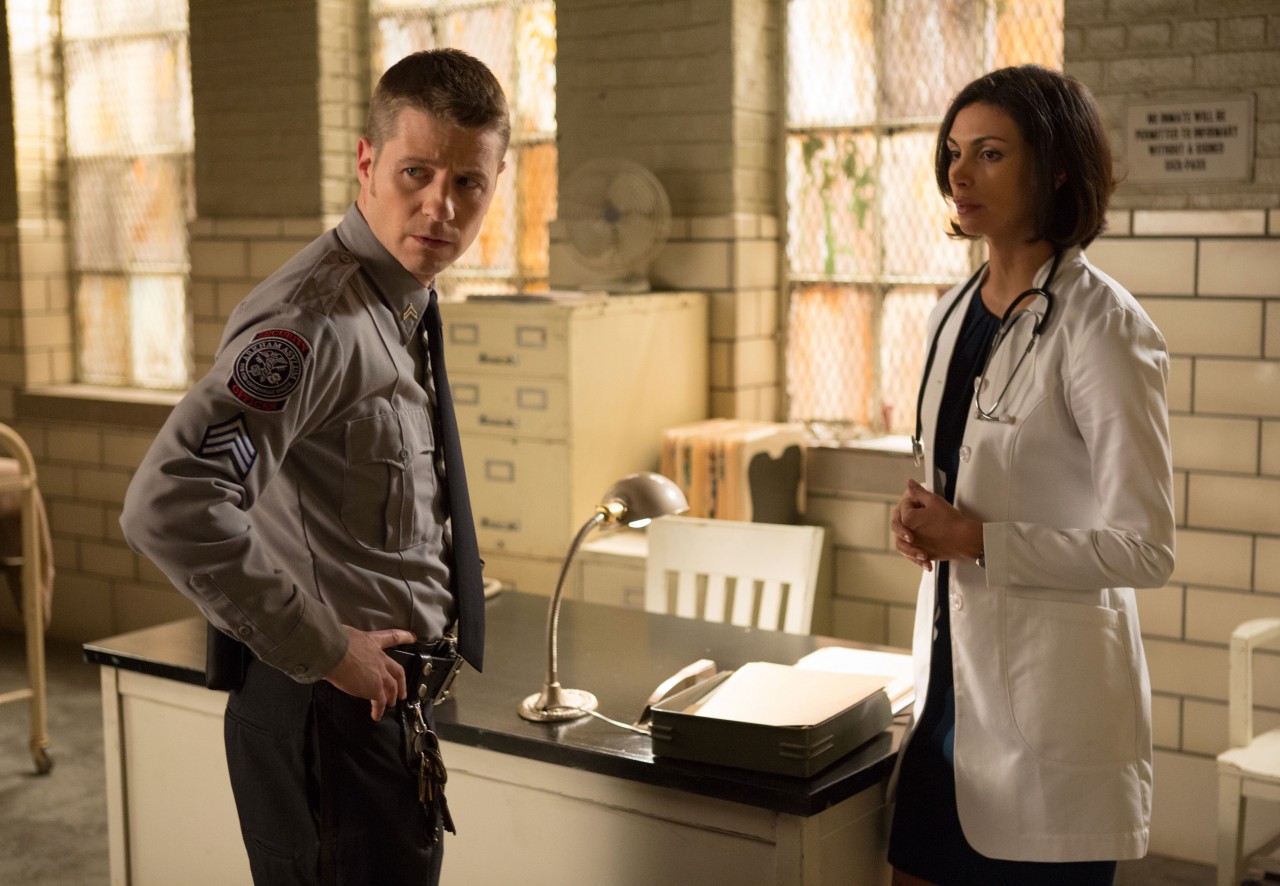 If you’ve been keeping up with Gotham (and I know many of you have not, but I’ve become weirdly addicted to, dare I say it? The fact that it’s completely batshit?) one of the lingering questions that might be on your mind is, “Where the hell did Lee go?” And also, “She’d never actually take Jim Gordon back, would she? She’s a psychiatrist. She knows better.” Well, during a recent interview, Morena Baccarin shed some light on what’s next for Leslie Thompkins.

In an interview with Comic Book Resources, Baccarin revealed that Lee will be back as of the first episode of Season Three. What’s more, she has a new man in her life, a new character in the Gotham-verse:

“It’s Falcone’s son. I think I’m allowed to tell you all this. Nobody’s stopping me. A thunderbolt hasn’t struck me from the sky, yeah!

This new love interest is going to be very interesting because we’ve only ever seen Leslie with Jim. We’ve only ever seen their love story. And now there’s something for him to work for. So it’ll be … it’s exciting as an actor to play that conflict. He’s certainly not a choir boy, so we’ll see what happens with his life. It will not be easy. So they’ll have something to work towards.”

Oh, man. Does that mean there is a chance of Lee getting back together with Jim? Run away, Leslie! Run away! THERE’S NOTHING FOR YOU HERE.

And of course, there’s the fact that Leslie has pretty much been living for Jim this whole time, becoming one of the more passive female characters on the show. Baccarin says that she hopes that changes in Season 3:

Last year, because she was in service of Jim and trying to right his wrongs or start a family together, she ended up I think taking more of a passive role in Gotham, in general, and just really not having her own things going on. So it would be nice to see her side of the story a little bit, which we’ll get with this new love interest and her new life.

Baccarin’s Leslie Thompkins is one of the few women on Gotham who has it together. I’d love to see her thrive on this show and come into her own a bit more. She’s too good for Jim Gordon, but she could be the female character Gotham needs. That is, if the writers seize the opportunity.

Check out the rest of the interview, including some chat about Deadpool, over at Comic Book Resources.