“He can’t mention the election again. Ever." 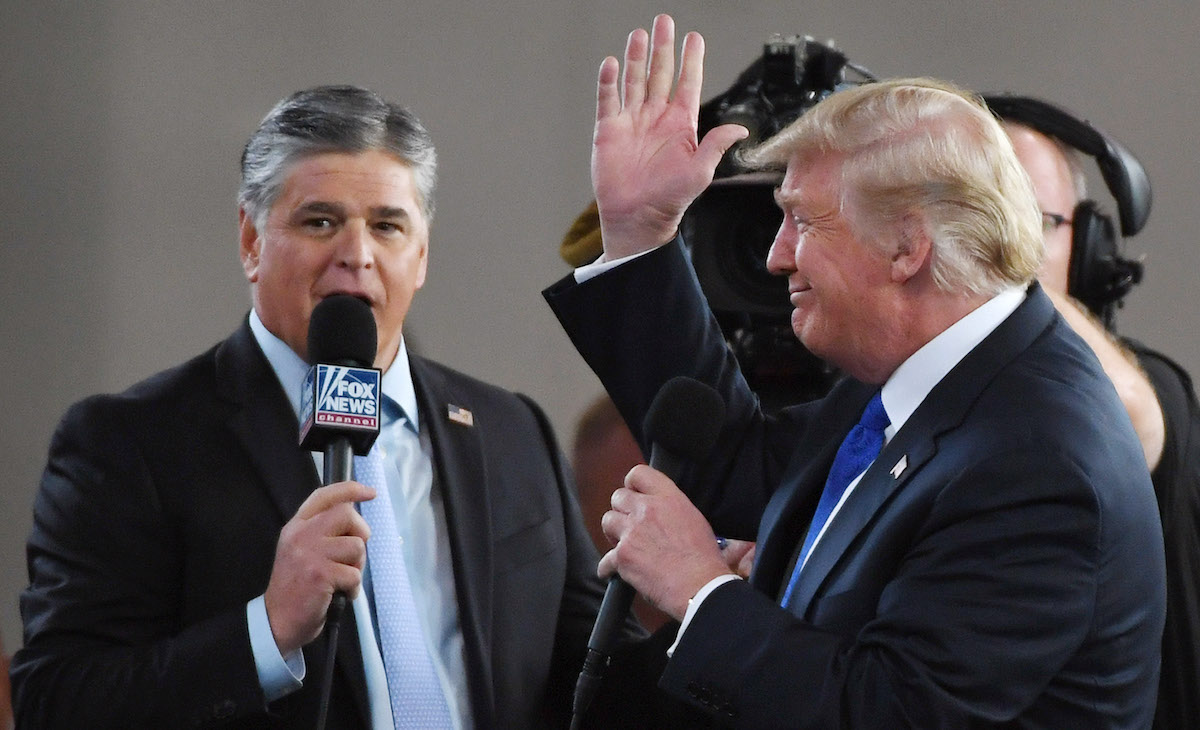 Last month, at least one text from Fox News host Sean Hannity was included in the messages made public by the January 6 House committee, which revealed how hard right-wing personalities were working to get Donald Trump to condemn the Capitol attack while it was happening. Hannity’s text to Trump’s chief of staff Mark Meadows read, “Can he make a statement? Ask people to leave the Capitol?”

The committee has now sent a letter to Hannity asking him to voluntarily testify and they’ve also released a new batch of his texts, just to give him a little nudge.

These new messages show that Hannity was urging Meadows to get Trump to speak up during the riot, but also that he was discouraging Trump’s investment in the so-called “Big Lie”—the idea that the 2020 presidential was “rigged” by Democrats—both in the days leading up to January 6th and the days following.

Some notable texts include Hannity telling Meadows, “I do NOT see January 6 happening the way he is being told.” Instead, Hannity thought Trump should head to Florida to work on election reform.

He also told Meadows on the evening of January 5 that he was “very worried about the next 48 hours.”

On January 10, following a conversation with Trump, Hannity wrote to Meadows and Rep. Jim Jordan that they “have a clear path to land the plane in 9 days,” presumably meaning they have to get Trump to back down from the Big Lie messaging before Biden’s inauguration—something Trump clearly wasn’t prepared to do.

“He can’t mention the election again. Ever,” Hannity wrote. “I did not have a good call with him today. And worse, I’m not sure what is left to do or say, and I don’t like not knowing if it’s truly understood. Ideas?”

In their letter to Hannity asking for his cooperation, the House committee wrote regarding these messages, “We cannot in good faith fail to question you on these and other issues relevant to our investigation, which includes an investigation into the facts and circumstances relating to the interference with the peaceful transfer of power.”

As Axios writes, “Hannity condemned the attack on the U.S. Capitol, saying on his show on the night after the riot that ‘all of today’s perpetrators must be arrested and prosecuted.'”

“But Hannity has never criticized Trump for his role in ginning up the crowd in D.C. that day,” the outlet writes. “And he has criticized the congressional committee investigating Jan. 6.”

Moreover, Hannity used his show to push the Big Lie, repeatedly giving credence to the completely baseless idea that the election was plagued with voter fraud and that there was legitimate cause to object to the electoral college count. He did this in the days leading up to January 6th as well as the days following, and like the rest of his Fox News colleagues, hasn’t really stopped since.

The Daily Beast notes that just two days after the attack, Hannity began “embracing the particularly insidious Dominion and Smartmatic conspiracy theory, which contends that the voting machine companies purposely switched Trump votes to Biden in swing states to ensure a Democratic victory.”

And the whole time they were riling up their viewers with these lies, Hannity and other Fox News celebrities were sending private texts telling Meadows that the election was over and done with and that Trump needed to let it go.

The fact that Fox News lies to anger Republicans and demonize Democrats is absolutely nothing new, but it is fascinating to see the behind-the-scenes receipts laid out so clearly.