How “Morality Bites” Helped the Original Charmed Grow Up 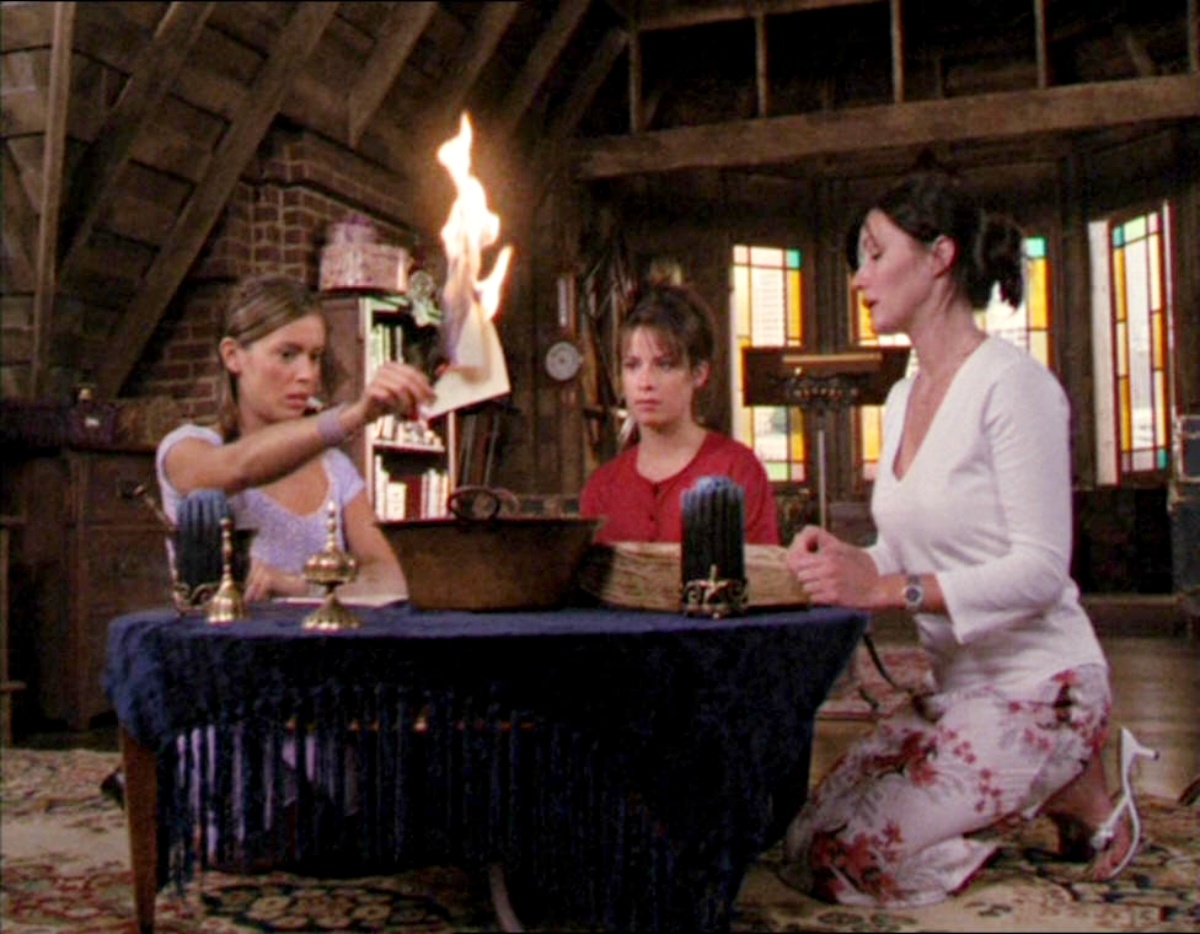 When Charmed first aired on the WB, it was easy to dismiss it as a lighter and fluffier version of Buffy: The Vampire Slayer, and while the two shows were network siblings, Charmed had a much softer tone overall. However, when it aired its second season, it very quickly grew the beard in its second episode “Morality Bites,” which saw the sisters deal with the consequences of using magic for personal gain.

“Personal gain” is a term that was frequently brought up in the Charmed mythos, often inconsistently. Whenever a magical being with a good alignment uses their powers for an individual personal benefit, it backfires—sometimes with something just inconvenient, like when it made Paige’s breasts grow, or it can lead to the loss of magic. Where it was once a moral barometer to make sure that our Halliwell witches (Prue, Piper, Phoebe, and later Paige) didn’t abuse magic, it was later just there for gags (e.g. Paige’s boobs).

The best example of the downside of personal gain is in “Morality Bites.”

The episode starts off pretty mundane: The ladies have a neighbor who constantly lets their dog take a poop in their driveway, leading to a lot of accidental foot-in-poop moments. They’ve left notes, but the guy refuses to pick up after his dog, so when they hear him pull up again, Phoebe suggests using magic to teach him a lesson. Piper freezes time, and Prue moves the poop in front of the guy so he’ll step in it himself. Gottem.

Then, while watching TV, Phoebe pauses on the news channel giving a headline about baseball player Cal Greene. She has a premonition of her future self being burned at the stake while Prue and Piper watch in the future—2009 (hahaha-ahhh). In order to find out what happened, they all transport to 2009 and find themselves put into the bodies of their future selves.

Slowly, they find themselves transported to a world where witches have been exposed to the public and are being persecuted by a man named Nathaniel Pratt. Phoebe is being held under arrest because, as we find out, she killed Cal Greene in the future, who was a murderer himself, and she sees a vision of herself shooting him in the head with electricity. Phoebe realizes that, in the future, she crossed the line and she deserves to be punished for killing a person:

The wrong thing done for the right reason is still the wrong thing. Our job is to protect the innocent, not punish the guilty. And I crossed that line, I know that. And now you guys have to know that too.

Despite being so close to breaking her out, Prue and Piper follow her wishes and let her burn.

This transports them back into their present-day bodies just moments before dog poop revenge-gate. Phoebe realizes that it is this moment that started their slippery slope downslide. The man turns around, and the women realize that it’s Nathaniel Pratt and that if they had gone along with poop-gate incident, it would have exposed them as witches and led to the witch hunt revolution they saw in the future.

Now, a few years ago, I would have said that it didn’t make sense for one man’s paranoia to fuel a nightmare hellscape, but I live in 2020 and anything is possible. Although, it still seems like a lot for dog poop, sir.

“Morality Bites” was the first episode of Charmed I ever saw, and it stuck with me because of how it really did add weight to the morality of our lead characters. Their actions have consequences, not just for themselves, but for the world. I also think it is one of Phoebe’s best episodes before she becomes the worst, as it highlights her as someone who is willing to accept the consequences of her actions, even if it means dying.

I love this episode and whenever I pop it on, it is a reminder of how the best episodes of Charmed balance sisterhood, magic, and the personal battle between good and evil.